Iceland-based PLAY airlines has opened ticket bookings from two major airports in the United States, according to an announcement Thursday, offering low budget travelers a chance to fly with cheap airfares to over 20 European destinations.

“PLAY has launched ticket sales for flights to and from Boston and Washington, D.C. in the United States. Flight service from Baltimore/Washington International Airport (BWI) will begin on April 20, 2022, and service from Boston Logan International Airport (BOS) will begin on May 11, 2022,” said the company in a press release. “PLAY has received all required permits to operate flights to the United States from the U.S. Department of Transportation and the Federal Aviation Administration.”

The airlines had applied for permits to operate scheduled and chartered flights from and via Iceland on Aug. 20.

PLAY was started in 2019 by two former WOW air executives, Arnar Már Magnússon and Sveinn Ingi Steinþórsson. WOW was another ultra low-cost airline from Iceland which ceased operations in 2019 after almost seven years in service. PLAY was initially called WAB (We Are Back) air.

The low-cost “pay what you need” model has separate fees for everything from seat selection to checked bags, and is suitable for cost-sensitive customers who don’t care about the luxuries of travel (or bringing along a heavy suitcase) and are simply looking at reaching their destinations.

European destinations with PLAY include London, Barcelona, Madrid, Paris, Amsterdam, Berlin, Prague, Warsaw, and Dublin, among others. The company is currently headed by Birgir Jónsson, who was also the deputy CEO of WOW. PLAY has about 135 employees and operates a fleet of four aircrafts, currently in service, with five more on the way.

“Travelers around the world are hungry to venture to new destinations … nearly two thirds of Americans are planning their next vacations, with international destinations top of mind. We’re proud to expand PLAY’s service to the United States,” said Jónsson in the statement. “With our reliable and affordable flights, travelers can better enjoy their destination rather than overspending on the flight to get there.”

According to Boston.com, PLAY is offering promotional tickets from the United States to 11 European destinations at $109, if purchased before Dec. 24. However, the discount is only applicable as part of a round-trip.

It remains to be seen whether low-cost airlines can survive the tough pandemic uncertainties and increased competition affecting many legacy companies. “It’s not doom and gloom,” Jonsson said to The Baltimore Sun. “We start fresh. We have no legacy. We have no debt. We funded ourselves. … Our whole ethos is not to try to be a huge company.”

According to the airlines, they have a flexible COVID-19 policy, where flyers can change their travel itineraries for free, if it’s 24 hours prior to departure. 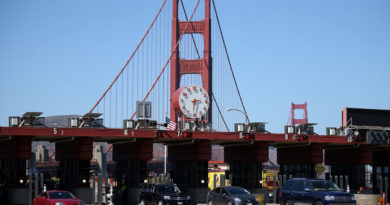