Former Secretary of State Mike Pompeo has reiterated that his decision to embark on a 2024 White House run will not be affected by former President Trump’s official launch of his run.

The comment was made during an interview on Hugh Hewitt’s radio show on Nov. 15 just hours before Trump made an official announcement of his 2024 presidential bid.

Pompeo told Hewitt that he is still unsure whether to make bid for the presidential race, noting, “But what happens today or tomorrow, what some other person decides won’t have any impact on that.”

Referring to Trump’s official launch of his 2024 bid, Pompeo opined that his former boss will “have to explain why he thinks he should be that next president.”

Pompeo expressed hope that Trump would address the problems that Americans are facing.

“What I hope he’ll talk about is things that matter to the American people, things that can work for them going forward,” he said.

“We need more seriousness. We need less noise. We need steady hands. We need leaders that are looking forward, not starring in the rearview mirror claiming victimhood,” Pompeo added.

He further reaffirmed that he would reveal his final decision early next year.

“We figure probably by the spring … we’ll have to make a decision like that.” said Pompeo, noting that “these are deeply personal decisions, and we will sort our way through.”

The former official has several times made it clear about his intent to run for president in 2024.

In August, the former GOP congressman said he would run for the nation’s highest office “no matter who decides to get in,” including his former boss.

“We’re going to make our decision based on if we think this is the right place for us to serve,” Pompeo said at a Faith and Freedom barbeque back then. “If I come to believe I ought to become president, that I have something to offer the American people, I will run no matter who all decides to get in and who else decides not to get in the race.”

In October, Trump outright claimed that any former officials under his administration who make a White House bid would be “very disloyal.”

“Many of them have said they would never run if I run, so we’ll see whether or not that turns out to be true,” the former president told Fox News on Oct. 20. “I think it would be very disloyal if they did,” Trump added.

Pompeo affirmed in an interview with CBS that If Trump wins the 2024 GOP presidential nomination, he will vote for him.

According to pollster John McLaughlin, his polling data show that six out of 10 Republicans want Trump to run a third time.

McLaughlin said on Just The News podcast this week. “If he does run again, they say they support him 77 to 18. If he was running against Joe Biden, he was beating Biden 50 to 43. If he was up against Kamala Harris, it would be 52 to 41.” 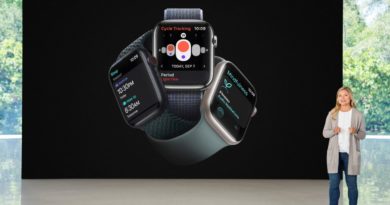