Human remains found in a Georgia landfill on Nov. 18 belong to a toddler reported missing in October, the FBI confirmed on Monday.

In a statement, the FBI Atlanta said the agency’s laboratory division had confirmed through DNA analysis that the bones found in Superior Landfill in Savannah, Ga., belonged to 20-month-old Quinton Simon.

Quinton was reported missing by his mother, Leilani Simon, 22, on Oct. 5.

He was last seen in his home along Buckhalter Road, where he reportedly lived with his mother, her boyfriend, his 3-year-old brother, and the child’s maternal grandparents, Thomas and Billie Jo Howell.

He was wearing a light blue “Sesame Street” shirt and black pants at the time, police said.

The toddler’s disappearance prompted a large-scale search that included search dogs, a helicopter, and heat-seeking technology, with multiple FBI agents and police working 18 to 20-hour days in an effort to find the boy.

His mother was named as the primary suspect a week later, and she was subsequently arrested on charges of malice murder, concealing the death of another person, false reporting, and making false statements involving her son.

Police said at the time of her arrest that they believed the toddler’s remains had been left in a dumpster, and a search began in the local landfill.

“This is a heartbreaking development,” Jeffrey Hadley, the police chief in Chatham County, said at a news conference earlier this month after the bones were discovered.

“From the beginning, we were hopeful we would find him alive and unharmed. But evidence has always pointed to the mother and we believe his remains were found in the landfill,” he added.

The FBI said on Monday that agents have now stopped working at the landfill where the bones were discovered following a five-week search for the boy.

“The FBI is thankful for the partnership with Chief Hadley and the entire Chatham County Police Department. A monumental team effort was put forth by everyone involved in bringing closure to this horrific situation,” the statement read.

The agency also thanked forensic anthropologists from Georgia Southern University and the management and workers at Waste Management Superior Landfill, noting that “this situation was thrust upon them, and the Waste Management team was extremely cooperative and offered their equipment, time, and expertise throughout the search.”

During the search for the boy, officers went through 1.2 million pounds of trash at the landfill.

The FBI said on Monday that Quinton’s case and the legal proceedings against his mother are now being handled by the Chatham County District Attorney’s Office.

Lorenz Duchamps contributed to this report.

Ghislaine Maxwell was ‘main enforcer’ and ‘you don’t cross her’, says woman allegedly raped by Jeffrey Epstein | US News 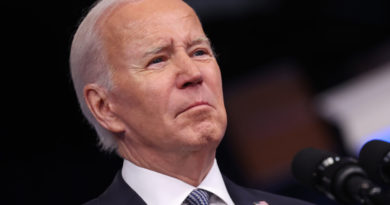