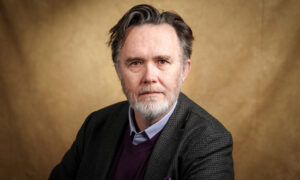 “The key to resilience in the face of persecution is the willingness to suffer,” says Rod Dreher, “not just to bear it stoically, but to find a way to transform it and purify it into something good.”

In this episode of “American Thought Leaders,” host Jan Jekielek speaks about soft totalitarianism, “wokeness,” and ways to resist both with Rod Dreher, author of “Live Not By Lies: A Manual for Christian Dissidents.”

Mr. Jekielek: I’ve been reading “Live Not by Lies.” I think there are a lot of people who would wonder what you’re talking about.

Mr. Dreher: Well, it sounds crazy to Americans to think our liberal democracies could be turning totalitarian.

But whenever I travel to conferences, if I meet someone who has immigrated to America from a communist country, I ask them, “Do the things you’re seeing today, such as cancel culture and wokeness, remind you of what you left behind?” Every one of them says yes.

And if you talk to them long enough, they get really angry that Americans don’t take these issues seriously.

And now we’re seeing the expansion of this wokeness. It has to do with identity politics, critical race theory, gender theory, all of these things.

It has conquered universities, the media, sports, law, medicine, big business, even the military and the CIA. The government doesn’t have to get involved to enforce wokeness, when you have all the other institutions doing it.

The people who grew up under communism know that when you live in a society where people are afraid to say what they think for fear of losing their jobs or being sent to the social margins, it’s totalitarian.

These people are telling us if we don’t wake up to what’s happening, we’re going to lose our freedom.

Mr. Jekielek: You have some pretty incredible stories in “Live Not by Lies.” You open with Father Kolakovic.

Mr. Dreher: Father Tomislav Kolakovic is one of the unsung heroes of the Cold War.

He understood communist thinking and told his students: “The good news is the Germans are going to lose this war. The bad news is when it’s over, the Soviets are going to be ruling this country. And the first thing they’re going to do is come after the church, so we have to be ready.”

He brought together groups for prayer and study. Most of them were young Catholics with a few priests involved. Soon each town of any size had one of these groups, and they laid the groundwork for the underground church. Father Kolakovic and his followers prepared people for what was to come.

I believe here in the West today, we’re living in a Kolakovic moment, when anyone who falls into the category of dissident under the soft totalitarian regime is going to be persecuted.

We see parents finally waking up to what’s being done to their children in the schools and pushing back. I hope this happens everywhere. But overall, the elites in our society are all-in on wokeness.

Mr. Jekielek: In your book, you reference Hannah Arendt’s landmark work, “The Origins of Totalitarianism.”

Mr. Dreher: After the Second World War, Hannah Arendt, a German Jewish refugee, tried to understand the totalitarianism of Nazi Germany and Communist Russia. What aspects of life made these people susceptible to totalitarianism?

Well, we have that today, too, here in the West.

Other factors were the loss of institutional authority, religion’s lost authority, everything that had given people meaning in life and a sense of direction. Also, there was a willingness to believe any lie, as long as it conformed to what people wanted to believe in the first place.

We somehow think our wealth and our democratic history are going to protect us from this. But as Aleksandr Solzhenitsyn said: “People around the world think that what happened in Russia can’t happen here. In fact, it can happen in any country on earth, under the right set of circumstances.”

Mr. Jekielek: Your book is named after Solzhenitsyn’s essay, “Live Not by Lies.” And this has made me think a lot about the family, which you focus on in the book as the basic unit of community. And on the flip side, there’s this assault on the family by these totalitarian ideologies.

You have schools in this country taking children and filling their heads with critical race theory, propaganda, and gender ideology.

This is straight out of totalitarian societies, and it’s happening right here.

In “Live Not by Lies,” I talk about The 1619 Project, which tries to reframe the American founding by tainting it with slavery. It’s an attempt to make an entire generation of young Americans disbelieve in their country’s ideals.

It’s very clear what’s happening. And if we Americans don’t wake up, we’re going to lose our country.

Mr. Jekielek: In your book, you talk about the value of suffering.

Mr. Dreher: This is the secret to resistance, the way you deal with suffering. In Moscow, I interviewed an elderly pastor, a Russian Baptist pastor. At one point he looked at me and said, “You go home to America, and you tell the church that if they’re not prepared to suffer for the faith, then their faith is worthless.”

This is a man who knew what he was talking about. And I found this over and over again, that the key to resilience in the face of persecution is the willingness to suffer—not just to bear it stoically, but to find a way to transform it and purify it into something good.

Most of the people in Eastern Europe, I was told, ended up conforming and going along to avoid trouble. Those relative few who had the courage to embrace suffering for the truth were the ones who made it, and they weren’t just Christians. I wrote “Live Not by Lies” as a Christian for Christians, but I’ve been delighted that people who don’t share my faith have found a lot of value in my book because it talks about the importance of being willing to suffer without despairing and to have the courage to stand up.

I believe God has a purpose for every one of us, even those who don’t believe in him, and that purpose may involve a willingness to accept suffering and not let the suffering destroy us. Instead, we can use it to purify our conscience, become more compassionate, and help other people who are struggling.

Mr. Jekielek: It’s a beautiful vision. I’m sure a lot of people are coming to you right now and, having read “Live Not by Lies,” say, “Rod, what can I do?”

Mr. Dreher: The most important thing is to found groups like Kolakovic did. Whether you’re religious or not, you need to form these groups to talk about what’s coming and what you can do.

We can read the stories of heroic men and women who have resisted totalitarianism and come through with their faith and their integrity intact. I would also advise people to find those who came to this country to escape communism, to talk to them and make it possible for them to tell their stories.

Finally, I would say to parents: prepare your children. You want them to become young men and women of vision, faith, and courage. Share with them what’s happening. Read them the classics. Help them to understand the virtues in these stories.

If we can resist without losing our faith, our integrity, and our souls, then God can, in some sense, use our sacrifice and our suffering to make the world a better place and inspire people to be brave and compassionate.

COVID-19: US hospital rejects man for heart transplant because he is not vaccinated | World News