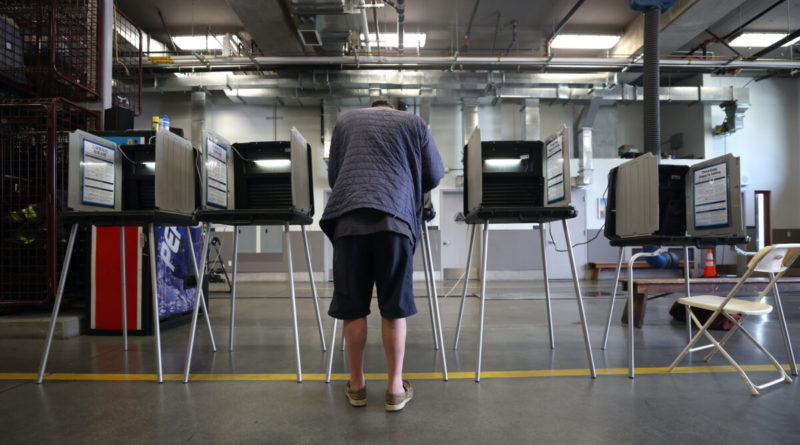 
The top elections official in San Francisco was removed from his position in November to give a non-white person a shot at that same position, according to the city’s Elections Commission. However, nearly a month later, the commission changed course after pushback by public officials.

John Arntz, who has served as elections director of the San Francisco Department of Elections for 20 years, was terminated Nov. 16 following the commission’s decision not to renew his contract for another five-year term in a 4–2 vote (pdf) during a closed meeting. His term was set to end in May 2023.

However, during a Dec. 12 meeting, the commission reversed course and moved to place Arntz’s contract renewal to another vote in January. According to Mission Local, a local news outlet, the vote is likely to pass, and the elections director plans to accept the offer.

The discussion at the meeting was in response to a proposed resolution by the San Francisco Board of Supervisors urging the commission to reappoint Arntz and indicating that funding for a new candidate search would be denied.

The elections director told the news outlet he had received multiple job offers from other locations, with some from other states. But now he’s relieved he won’t have to leave his position.

“I became director of elections because I was interested in operations, and now we have people here who are just fantastic in supporting operations for elections,” Arntz said. “We have this unbelievable investment toward supporting and helping voters. It’s amazing, and these sorts of situations don’t happen all the time in life. It’s unique to my work life and I think it’s unique for a lot of people.”

Elections Commissioner Cynthia Dai told Arntz that the decision had nothing to do with his work, but rather was made to open up the position to a more diverse field of candidates.

“We hope and expect that Director Arntz will be one of those candidates,” said Dai, according to a draft of the meeting minutes (pdf).

In an email to Arntz from commission president Jerdonek last month, he said the “decision wasn’t about your performance, but after twenty years we wanted to take action on the City’s racial equity plan and give people an opportunity to compete for a leadership position.”

“We also wanted to allow enough time for a fair and equitable process and conduct as broad a search as possible,” he said.

Over the last few years, the Elections Commission has commended Arntz for his contributions to the department and “incredible leadership.”

Before the November meeting, 12 managers in the elections department wrote a letter (pdf) to the commission urging them not to suspend Arntz, saying the decision to remove him left them “gravely concerned.”

“Under the leadership of Director Arntz, our Department successfully conducted over thirty public elections and rebuilt the public’s confidence in the city’s elections processes from the ground up,” the letter read. “All of us have worked with Director Arntz and we know that under his experienced and proven leadership, we will continue to provide city voters with excellent service while fulfilling our mission of conducting free, fair, and functional elections for many years to come.”

The move also garnered reactions from other politicians. On Nov. 22, Sen. Scott Wiener (D-San Francisco) wrote on Twitter: “When John Arntz took over as Director of Elections, the Department was a mess—remember ballot box tops floating in the bay? Arntz turned it around. It’s now one of our best run departments. Why on earth is the Elections Commission moving to dump this strong elections leader?”

“The remarks from Commissioners are ripe for a discrimination lawsuit,” he said.

“He’s remained impartial and has avoided getting caught up in the web of City politics, which is what we are seeing now as a result of this unnecessary vote,” she said in a statement.

Jamie is a California-based reporter covering issues in Los Angeles and state policies for The Epoch Times. In her free time, she enjoys reading nonfiction and thrillers, going to the beach, studying Christian theology, and writing poetry. You can always find Jamie writing breaking news with a cup of tea in hand.

2 Dead, 19 Injured After Cars Crash Into Crowd in Nebraska