The request came a day after Fauci’s announcement that he would step down from his leadership position at the National Institutes of Health (NIH).

Collins is NIH Director, while Fauci is the director of the National Institute of Allergy and Infectious Diseases (NIAID).

Marshall sought “all documents, records, memoranda, research, correspondence, or other communication or any portion thereof relevant to any involvement of Dr. Fauci or Dr. Collins,” according to the letter.

Marshall also called on the agency to ensure that its staff would collect, retain, and preserve all related documents, communications, and other records.

“I ask that you immediately confirm that HHS is preserving these records by providing all orders, notices, and guidance given to all HHS staff regarding preservation of information related to these matters and individuals,” the senator stated in the letter. He asked the health agency to warn its staff against concealing or destroying the requested records, noting that this could result in a fine and imprisonment for up to three years.

Marshall attached to the letter a list of concerns about the NIH’s record-keeping practices.

The list referred to a letter (pdf) from the National Archives and Records Administration (NARA), requesting the NIH investigate the alleged unauthorized destruction of records concerning its involvement with the Wuhan Institute of Virology (WIV), as well as documents related to grant-making decisions involving EcoHealth Alliance, a U.S.-based health organization.

The NARA request followed an article by The National Pulse that alleged the NIH had repeatedly failed to comply with congressional requests for documents related to its involvement with the WIV, instead forcing agency personnel to “shred notes and other documents” referencing the Chinese Communist Party-run lab and its work with the U.S. government during the Obama administration.

‘He Misled the President’

The move by Marshall, a member of the Senate Committee on Health, Education, Labor and Pensions (HELP) adds to the effort to hold Fauci accountable—even after his retirement—for his actions during the pandemic.

“He needs to appear before Congress, and then the people of America want to hold him accountable for his lies. He misled the President,” Marshall said of Fauci in an interview with Fox News on Aug. 23.

Dr. Fauci told members of a Senate panel on May 11, 2021, that the NIH “has not ever and does not now fund gain-of-function research in the Wuhan Institute of Virology.” Yet documents released in September 2021 unearthed U.S.-funded research on various types of coronaviruses at WIV.

In comments to Fox News anchor Sandra Smith, the senator further pointed to the NIH’s withholding records and data referencing the WIV and its work with the U.S. government, saying, “We’ve been working for over a year and a half now to get those [documents]. They’re still not sending them to us.”

“And we’re gonna keep at it. We’re gonna hold Dr. Fauci and the CDC accountable. America deserves it,” Marshall added. 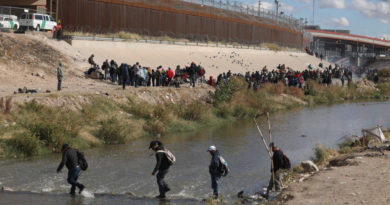