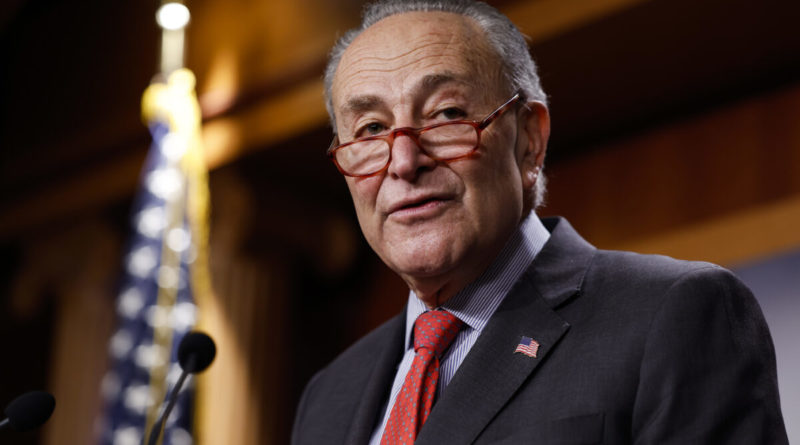 
A round-robin series of crucial last-minute decisions by senators anxious to wrap up their work before Christmas resulted in a decisive 68–29 vote to approve the controversial $1.85 trillion omnibus spending bill to keep the federal government open well into the New Year.

The bipartisan group began meeting behind closed doors weeks ago seeking to assemble the massive spending measure that ultimately included more than 5,000 pages when all of the supporting documents are included. The bill was made necessary by the fact the Senate failed to act earlier in the year on the 12 major appropriation bills that together constitute the federal budget. The House of Representatives approved its version of the bill earlier this month.

The group’s deliberations came to a conclusion late on Tuesday and senators received their copies of the text in the middle of the night. Had the Omnibus proposal failed, the federal government would have to shut down on Friday evening as funding provided under the most recent of multiple continuing resolutions would have been exhausted.

The measure includes $858 billion in defense spending, a nearly 10 percent increase over last year that gained Republican support, plus $787 billion in non-defense spending, marking a nearly eight percent boost. Also in the proposal is about $85 billion in supplemental funding for Ukraine and for disaster relief.

Under a last-minute agreement, a long list of proposed amendments were considered in a lengthy series of brief statements by advocates and opponents, followed by roll-call votes.

Among the key votes prior to the last roll call for final passage, a motion was introduced by Sen. Rand Paul (R-Ky) against waiving the procedural rules under the 1974 Budget Control Act that require separate votes on each of the 12 major appropriations bills lumped together in the omnibus.

The Paul motion was defeated on a 65–31 vote. After that roll call, Schumer appealed to the senators to remain on the floor to expedite the voting with no more than 10 minutes to be devoted to each one.

“That motion took 12 minutes, we can do better than that. Please remain in your seats,” Schumer said, drawing a round of applause from the senators eager to head home as soon as possible. Numerous senators, however, continued moving in and out of the Senate chamber.

Adding to their eagerness to complete consideration of the massive spending bill made necessary by the Senate’s failure to act on the individual appropriations earlier in the year was the arrival in the nation’s capitol of what appeared to be a major winter storm capable of heavily snarling holiday air, rail, and road travel.

Numerous senators were seen hugging one another and then rushing out of the chamber as soon as they cast their vote on the final passage of the omnibus measure. Just prior to the final vote, Leahy and Shelby both noted that the omnibus effort was their final act as senators because both are retiring after long careers in the Senate.

The two senators received a standing ovation from colleagues.

Prior to voting on final passage, senators also rejected two amendments that their sponsors claimed would have preserved Title 42 at least temporarily. Title 42 is the public health measure issued during President Donald Trump’s tenure by the Centers for Disease Control and Prevention (CDC) that enabled U.S. immigration officials to return illegal immigrants to Mexico, pending resolution of their individual cases, and the status of the nation’s effort to combat the COVID-19 pandemic.

President Joe Biden opted to end Title 42 in May, but a coalition of 19 states went to federal court in an effort to preserve it as record numbers of illegal immigrants continue flooding across the U.S. border with Mexico, including many thousands of “getaways,” those who are not being detained by federal immigration officials. A federal appeals court rejected the states’ request, but Title 42 remains in effect under a temporary Supreme Court order.

The first of the two amendments was introduced by Senators Kyrsten Sinema (I-Ariz.) and Jon Tester (D-Mont.), but it was decisively defeated after Sen. Mike Lee (R-Utah) opposed it, claiming “this amendment is a ruse; it doesn’t do what it’s sponsors claim it will do.” The vote against was 87–10.

The second of the Title 42 amendment was introduced by Lee, but it also was defeated, although by a much closer 50–47 margin. Lee’s efforts in the final hours leading to the day’s events to ensure a recorded vote on his amendment delayed Senate consideration of the omnibus proposal. The Utah Republican warned senators that keeping Title 42 in place is the “only thing standing between us and utter chaos.”

Among the most politically significant amendments of the long day was one introduced by Sen. Ron Johnson (R-Wis.) to remove from the bill nearly $10 billion in earmarks—the often contentious spending orders sponsored by individual senators and representatives for their particular constituencies.

Before the vote, Johnson appealed to his colleagues to support his amendment because “this bill is grotesque; this must stop,” adding that earmarks are “the gateway drug to the massive deficit spending, to the mortgaging of our children’s futures. It has to stop.”

The amendment was rejected decisively in a 63–34 vote. No Democrat supported the amendment, while 13 Republicans voted in favor of keeping the earmarks.

In another key battle, Johnson introduced an amendment that would have barred any of the transportation funds provided by the omnibus measure from being used for any purpose other than shipping illegal immigrants back to their home nation, to Mexico, or to a federal immigrant detention center.

Sen. Chris Murphy (D-Conn.) spoke in opposition to the second Johnson amendment, claiming that it was poorly written, would cause confusion about which persons would be affected, and was therefore simply “not ready for prime-time. Even so, the amendment only lost on a 50–47 tally.

The House will have to approve the Senate version, which is expected, and the president will sign the measure before Friday’s deadline. 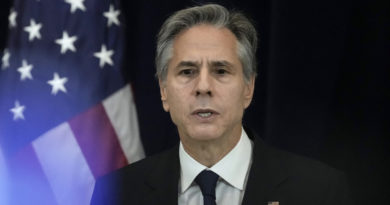