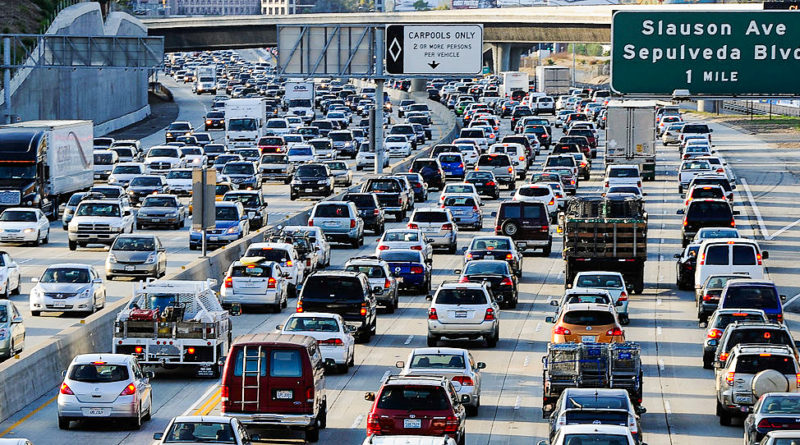 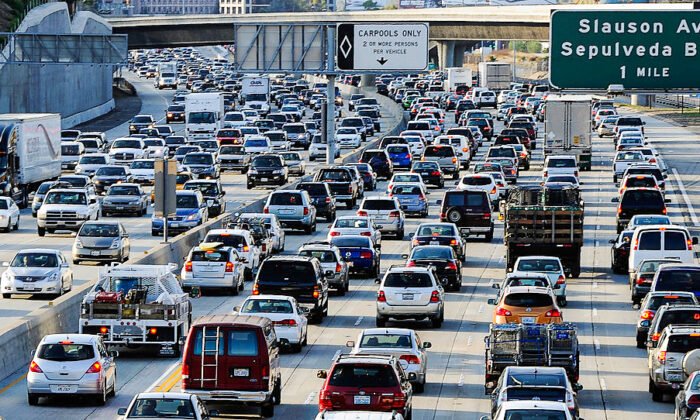 Traffic comes to a standstill on the northbound and the southbound lanes of the Interstate 405 freeway in Los Angeles, Calif., on Nov. 23, 2011. (Kevork Djansezian/Getty Images)

According to the California Highway Patrol, the shooting was reported around 3:25 p.m. on the freeway north of Victory Boulevard. There were no reports of any injuries.

All freeway lanes were blocked and officers could be seen walking on the roadway with the help of a canine in search of evidence.

It was unclear how long the closure would last, but traffic quickly backed up for miles on the northbound side of the freeway.

Ye Kicked out of Skechers’ Headquarters in California