Los Angeles County’s seasonally adjusted unemployment rate fell to 5.8 percent in March, down from a revised 6.3 percent in February and from the 10.5 percent rate a year ago in March 2021, according to EDD.

Total nonfarm employment in Los Angeles County increased by 13,300 jobs between February and March to reach nearly 4.5 million, according to the EDD. The county’s education and health services sector added 6,600 jobs, while the leisure and hospitality sector added 5,800 positions.

Year over year, the county’s nonfarm employment increased by 299,100 jobs between March 2021 and last month, according to the EDD.

In Orange County, where seasonally adjusted figures were not available, the March unemployment rate was 3.1 percent.

San Diego County’s unemployment rate dipped to 3.4 percent—below the national average of 3.8 percent—in March, down from a revised 4 percent in February and from the 7.6 percent a year ago in March 2021.

According to the EDD, between February and March, San Diego County’s nonfarm employment grew by 8,000 jobs, from 1,493,100 to 1,501,100. Agricultural jobs grew by 1,400 month-over-month. The county’s leisure and hospitality registered the most significant month-over payroll increase, adding 5,000 jobs.

Leisure and hospitality led the county’s year-over increase, adding 49,900 jobs, among which accommodation and food services account for an upswing of 39,900 jobs.

Joyce Kuo contributed to this report. 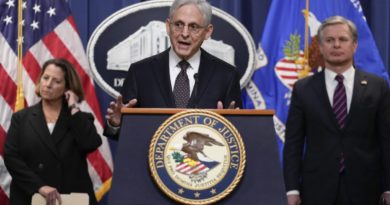