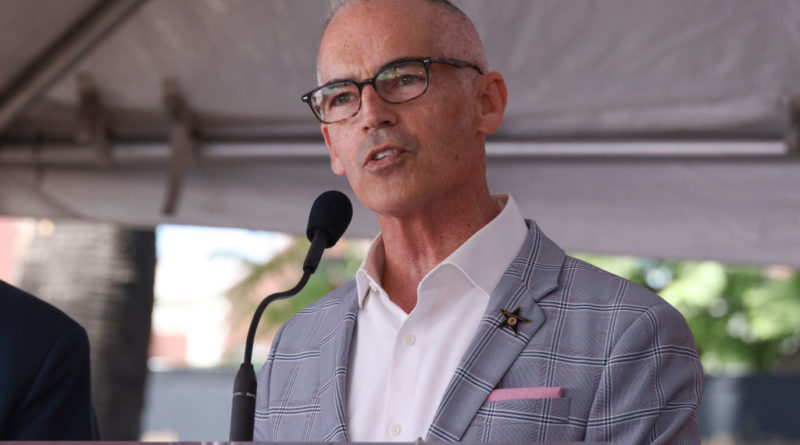 Soto-Martinez led O’Farrell by nearly 5,000 votes after Tuesday’s vote-counting update, holding more than 55 percent of the vote. He has been ahead since Election Day after also taking first place in the June primary.

“We ran this campaign to build community power for workers, immigrants, the unhoused, people of color, young people, renters, and all of us who have been neglected by our city officials,” Soto-Martinez said in a statement declaring victory. “Now, we’re bringing this movement into City Hall.”

O’Farrell, in a statement Tuesday afternoon after the Los Angeles County Registrar updated the count, said the results were “not what we hoped for,” but he was proud of his campaign and team. O’Farrell pledged to ensure a smooth transition to “the new council member so residents can continue to receive constituent services without interruption.”

“From my earliest days as a neighborhood volunteer, to the last nine years as your city council member, I have poured my heart and soul into the 13th District,” O’Farrell said. “For over 20 years, it has been a great privilege and honor to have been a public servant, working on behalf of the amazing communities of our district.”

Soto-Martinez bested O’Farrell during the June primary, winning 41 percent of the vote compared to 32 percent for O’Farrell, forcing a runoff. The 13th District stretches from Hollywood to Glassell Park.

Prior to Raman’s victory, a challenger had not beaten an incumbent in 17 years.

Soto-Martinez, in an interview with City News Service prior to the election, said he ran as the more progressive candidate in a diverse district that has the highest number of rental and multi-family units in Los Angeles. He pointed to the cost of housing, the homelessness crisis, and public safety as the most important issues facing the district.

On housing, Soto-Martinez proposed pushing the city to take over underutilized or vacant buildings such as St. Vincent’s Hospital to be refurbished as interim housing.

“Rather than waiting for the housing to be built, we can use the space that we have now and have a more immediate effect,” he said.

Soto-Martinez joined those critical of O’Farrell over the March 2021 closure of Echo Park for repairs, which resulted in the removal of hundreds of people experiencing homelessness who had taken up residence in the park during the COVID-19 pandemic.

The removal effort was met with large protests, in which about 180 people were arrested, including journalists. Protesters blasted the city for forcing the park’s residents out of an area that had grown into what they called a supportive community during the pandemic—including a vegetable garden, working showers, and a shared kitchen.

Many residents who live near the park, however, complained that it had grown into an unsafe and unsightly mess as a result of the homeless encampment.

A report published in March by the UCLA Luskin Institute on Inequality and Democracy found that only 17 out of 183 unhoused people who left the park were placed in long-term housing.

O’Farrell said in a response to the report that the situation at Echo Park was “not safe for anyone,” refuting claims of a “police invasion.”

“What actually happened was a three-month outreach process that led to a warm handoff to LAHSA and transitional housing placements for nearly 200 people who had been living in a dangerous, deadly environment,” O’Farrell said.

Soto-Martinez claimed that encampments at Echo Park increased under O’Farrell’s watch, and said that he would not allow “encampments to grow like they did at Echo Park Lake.”

Soto-Martinez, who has never held elected office, said he ran for the council after being a union organizer for the last 16 years because he felt a “calling” to bring the same values he brought to winning union contracts and apply them to City Hall.

“I believe that this district happens to be the most progressive district in the city of Los Angeles, and the values that we are speaking about I think are most closely aligned with the district,” he said.

O’Farrell, who has served on the council since 2013, is the chair of the council’s Energy, Climate Change, Environmental Justice, and River Committee. He briefly served as acting council president following the resignation of Nury Martinez over the City Hall racism scandal, before Paul Krekorian was elected to the post. 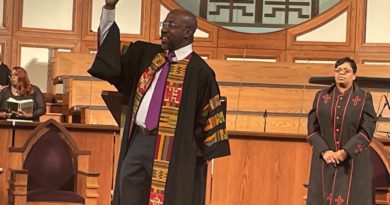 At Sunday Sermon, Warnock Calls on Worshippers to Vote