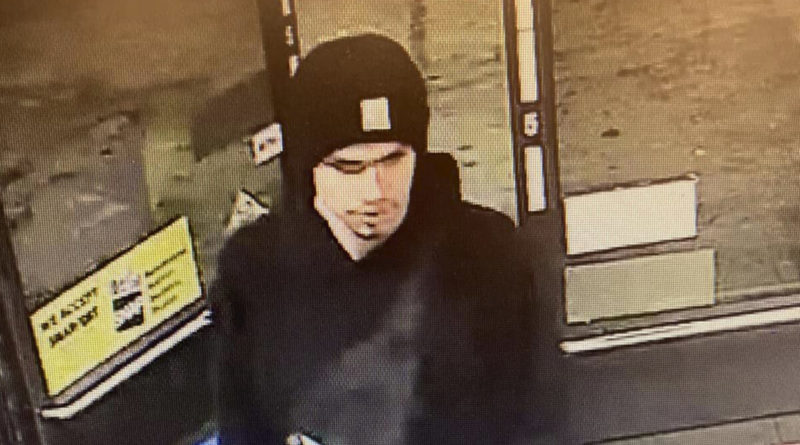 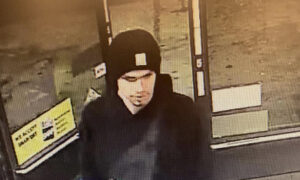 The suspected gunman in the overnight shooting at a convenience store in Yakima, Washington, on Tuesday that killed three people has died from a self-inflicted gunshot wound after police tracked him down, according to officials.

Authorities found the suspect, who they identified as 21-year-old Jarid Haddock, later on Tuesday after he borrowed a woman’s cell phone to make a phone call to his mother near a Target store, Yakima Police Chief Matthew Murray said in a press conference.

The woman who lent the phone to Haddock claimed to have overheard his conversation with his mother, during which he allegedly made incriminating statements such as “I killed those people” before stating that he was also going to kill himself, Murray said.

The woman then called the police at around 2:16 p.m. to inform them of what she had heard after getting her phone back from the suspect.

“I listened to that call—it’s pretty harrowing,” Murray said. “I have to really thank her again because she was very courageous in getting us there.”

Police then arrived at the location of the call shortly after receiving the woman’s tip. But the suspect had “apparently shot and killed himself” prior to the arrival of the police, Murray said.

The police chief said that no members of the police saw the suspect shoot himself but some did hear what appeared to be gunshots. No officers fired their weapons during the incident, he said.

Paramedics arrived at the scene and attempted to save the suspect’s life, according to Murray, but he was ultimately pronounced dead at the scene at 3:15 p.m.

“Everything that we see, what he said, what happened leads us to believe that this is the same person that was involved in the shootings at the Circle K convenience store at the ARCO/ampm gas station this morning,” Murray said.

Police found the suspect with a large amount of ammunition and a handgun on him, according to Murray.

Police do not know how the suspect was able to get to the area near the Target store from the Circle K convenience store where the shooting had taken place hours earlier.

Three people were found dead at the Circle K at about 3:30 a.m., according to an earlier police press conference. Two victims were shot inside the store and a third was shot outside. The identities of the victims have not yet been revealed.

Murray said late Tuesday that people had been inside the store eating food when the suspect came in and opened fire, adding that the shooting appeared to be “very much random” and that investigators have not yet found a motive. He said that the suspect had not made any attempts to conceal his identity and was not wearing a mask at the time of the shooting.

After opening fire, the suspect then ran across the street and fired into the window of his own vehicle to get inside after locking himself out.

Suspect Was ‘Known to Police’

An hours-long manhunt was then launched and police, along with a SWAT team, initially surrounded a home near University Parkway, and West Birchfield Road at 9:30 a.m. Tuesday morning where they believed the suspect to be.

However, police found that he was not inside and continued with their search before tracking him down.

Murray told reporters that the suspect was known to law enforcement who “have a record” of him but did not provide further details. He added that the suspect’s family has been cooperating with police throughout the day.

Yakima is a city of about 97,000 people in Washington’s Yamika Valley, an agricultural region known for apple crops and wineries.

Mayor Janice Deccio told local news outlets on Tuesday that the shooting is a shock to the community.

“This random act places us among those sad news stories that were always happening somewhere else,” she said. “Today, it’s in Yakima. I don’t know if he obtained his gun legally, but I do know he used it illegally. He’s a criminal, and people are dead because of it.”

“My thoughts and prayers are with the families of the victims of this horrific tragedy,” Newhouse said.

Trump Fights Back Against DOJ, Asks Judge to Reject Review of Mar-a-Lago Documents

‘Even If It’s Just One Truck, It’s Still the People’s Convoy:’ Trucker Vows to Press On, Delivering People’s Message to Those in Power