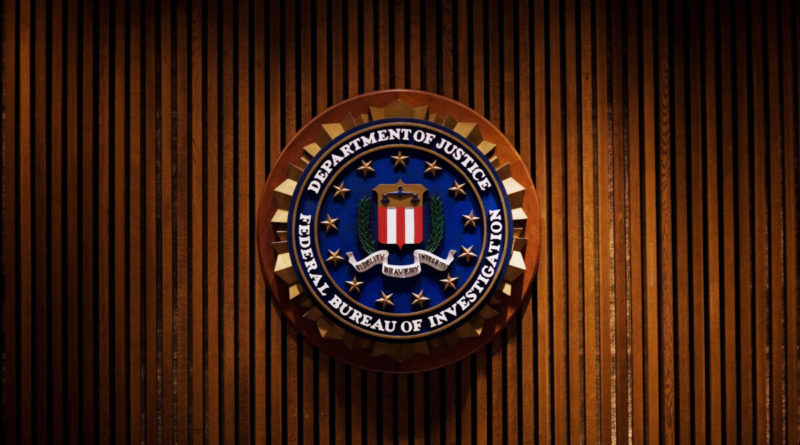 
Five Russian nationals and two United States nationals were the subjects of a 16-count indictment that was unsealed in a Brooklyn federal court on Dec. 14.

The defendants, which included a suspected Federal Security Service (FSB) officer, were charged with conspiracy and other crimes after the Department of Justice alleged they were part of a global network to launder money and obtain weapons on behalf of the Russian government.

According to the Department of Justice press release, the accused worked to gather military-grade and dual-use technologies from American companies that could be used to defend Russia.

The group is also accused of coordinating the smuggling of sniper rifle ammunition out of the country, which violates U.S. sanctions put in place earlier this year.

U.S. nationals Alexey Brayman, 35, of New Hampshire; and Vadim Yermolenko, 41, of New Jersey, were also part of the indictment.

The seven defendants are accused of conspiring to violate the Export Control Reform Act (ECRA), smuggling, and failing to follow the Automated Export System for the transportation of electronics.

They are also accused of conspiring to defraud the United States regarding the enforcement of export controls and economic sanctions.

The indictments were made in connection with their KleptoCapture task force, which was created to hold corrupt Russian oligarchs accountable and enforce export restrictions put in place since the start of Russia’s invasion of Ukraine.

“Today the Department of Justice proves once again that we will relentlessly pursue those who support the Russian war machine by evading sanctions and export controls,” said Deputy Attorney General Lisa Monaco.

“By exposing the defendants’ smuggling of ammunition and transfer of sensitive U.S. technologies—from quantum computing to hypersonic weapons development—the Department of Justice is holding accountable those who are fueling Russia’s unlawful and unprovoked aggression in Ukraine.”

The recent indictment claims that Ippolitov, a Russian national, would make requests to Grinin and Skvortsova for American goods requested by Russian entities that were subject to sanctions.

According to the indictment Grinin and Skvortsova, both employees of Sertal LLC, which is a Moscow-based company known to operate under the direction of Russian intelligence services, would secure funding and plan out shipment routes.

Livshits, who was a former resident of Brooklyn, would reportedly create shell companies associated with local New York bank accounts and buy the goods from U.S. businesses using those fictitious companies.

Konoshchenok, who is thought to be an FSB officer, would physically transport or ship dual-use electronics, military-grade ammunition, and other export-restricted goods from Estonia to Russia.

According to the indictment, Konoshchenok was detained on Oct. 27, 2022, at the Estonian border with thousands of 6.5mm bullets made in the United States, which are used in military sniper rifles, as well as 35 different kinds of semiconductors and other electronic components that Livshits had ordered.

On Nov. 24, 2022, Konoshchenok was detained again as he tried to enter Russia with about 20 cases that contained thousands of bullets of American origin, including tactical rounds and .338 military sniper rounds.

Additionally, following Konoshchenok’s arrest, Estonian authorities recovered approximately 375 pounds worth of ammunition in a warehouse held in the name of Konoshchenok’s son.

The accused smuggler was heard discussing “fabricating” business records with Livshits to hide ammunition shipments, which he sometimes referred to as “auto parts.”

Brayman, a permanent resident in the United States, Yermolenko, a U.S. citizen, and Konoshchenok, a Russian national, are in custody but Grinin, Skvortsova, Ippolitov, and Livshits remain at large according to the Justice Department.

“This indictment demonstrates the relentless efforts of the FBI and its partners to thwart Russian procurement actors in their attempts to reconstitute the Russian military’s weapons cache,” said FBI Deputy Director Paul Abbate.

“The FBI, along with its U.S. and international partners, remains committed to disrupting and dismantling these networks, regardless of where they are.”

Following Russia’s invasion of Ukraine in February 2022, the Office of Foreign Assets Control (OFAC) of the U.S. Department of the Treasury and the Bureau of Industry and Security (BIS) of the Department of Commerce (DOC) imposed sanctions against Serniya, Sertal, and several companies used in the scheme, as well as numerous people connected to the network, including defendant Yevgeniy Grinin, saying they were “instrumental to the Russian Federation’s war machine.”

“Our office will not rest in its vigorous pursuit of those who unlawfully procure U.S. technology to be used in furtherance of Russia’s brutal, continued attacks on democracy.”

The Biden administration’s dealings with Russia recently made headlines when they exchanged convicted arms dealer Viktor Bout, who is known as the “Merchant of Death,” for WNBA basketball player Brittney Griner as The Epoch Times previously reported.

Griner, a WNBA player for the Phoenix Mercury, was detained in mid-February at the airport in Moscow after customs officers discovered cannabis oil vape cartridges in her luggage, which are prohibited in Russia.

According to prosecutors, Bout was involved in a deal to sell millions of dollars worth of weapons, including 800 surface-to-air missiles and 30,000 AK-47s, to Colombian terrorist group Fuerzas Armadas Revolucionarias de Colombia.