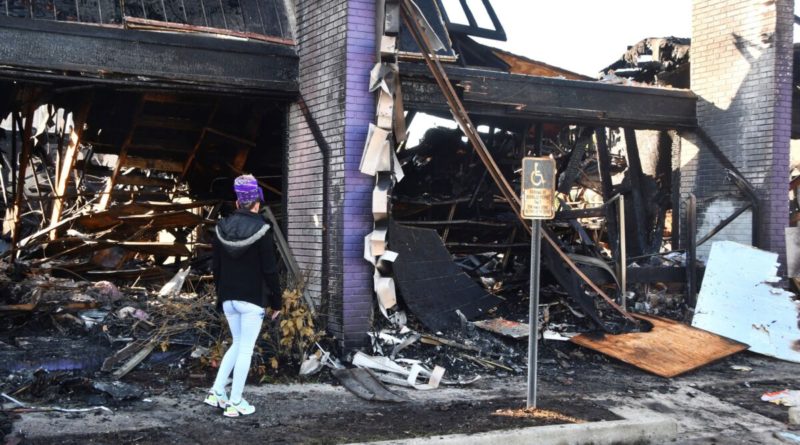 
MELBOURNE, Fla.—A Florida man drove his SUV into a fireworks store, sparking a huge fire in a crash that destroyed the building, authorities said. The driver was killed.

The 53-year-old driver had rear-ended another vehicle on Monday before plowing into the Phantom Fireworks shop in West Melbourne, igniting rockets and touching off a series of explosions, Florida Today reported.

“It was wild. I could not believe how close people were to it as the fireworks were still blowing up,” Palm Bay resident Richard Griffin told the newspaper. “The mortars and stuff like that, those things can go 100 yards or more when you shoot them straight in the air. So you’ve got these mortars and all sorts of different types of fireworks that are shooting all over.”

The 5,573-square-foot store was destroyed, authorities said. Police didn’t release the name of the driver. They said they are continuing to investigate the crash.

West Melbourne is an Atlantic coast community about 70 miles southeast of Orlando.