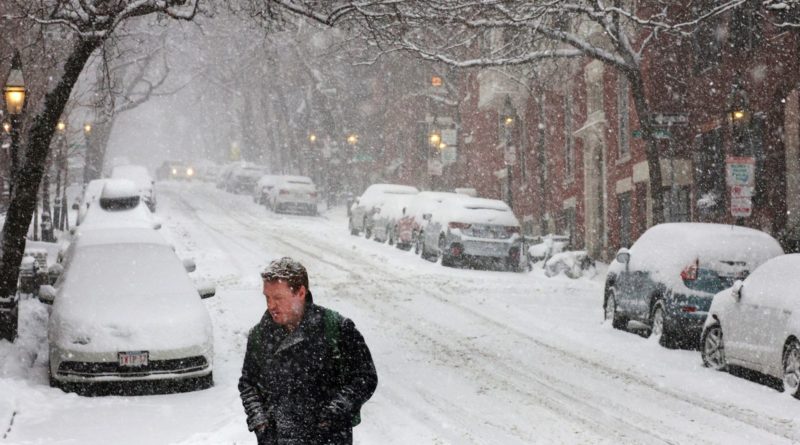 
More than 100 million Americans have been warned to brace for a “bomb cyclone” bringing severe winter weather to the US.

Temperatures across central states have plunged, with the mercury dipping to -25F (-31C) in Montana.

More than 1,800 flights in and out of US airports have been cancelled and 114 million people are under weather alerts as heavy snow and life-threatening wind chills sparks holiday travel chaos.

Just a few days before Christmas, nearly 4,000 flights within, to, or out of the US have been delayed with blizzard warnings in effect for portions of eight states.

More than 120 million people are under wind chill alerts. Forecasters said temperatures in some areas have dropped more than 30 degrees in a matter of minutes.

By the time the weather system has moved through, an estimated 192 million people across 46 states will have experienced wind chills below zero.

In South Dakota, more than 100 drivers became stranded when the arctic blast hit the state with sub-zero temperatures.

As authorities worked to rescue those stranded, the local sheriff’s office told drivers to stay in their vehicles and call 911.

Rosebud Sioux Tribe emergency manager Robert Oliver said tribal authorities have been working to clear roads to deliver propane and firewood to homes, but face a relentless wind that has created drifts over 10 feet in some places. He said five have died in recent storms, including a blizzard from last week.

In South Dakota, the winter storm system left some motorists stranded on city streets, according to the Pennington County Sheriff’s Office. Workers removed people from their cars throughout the night. A photo from the agency showed people sleeping on makeshift beds on the floor of a building.

“This is not like a snow day when you were a kid,” he said after a briefing from federal officials.

“This is serious stuff.”

How Woke Ideologues Rig the Rules of Debate