The governor of Texas on Wednesday announced that he’ll be hiring more than 30 additional law enforcement officers to strengthen security throughout the Uvalde Consolidated Independent School District (UCISD) ahead of the new school year.

“The beginning of a new school year should be an exciting time for students and teachers, and the State of Texas is working to provide that for the Uvalde community,” Greg Abbott (R-Texas) said in a press release.

“As a new school year begins, we must ensure students, parents, and all dedicated school personnel can look forward to new opportunities to learn and grow,” he added. “Texas will keep working to provide all available support and resources to the Uvalde community as they continue to heal.”

The governor pointed out that the additional security presence—which will be provided by the Department of Public Safety (DPS)—was requested by UCISD Superintendent Hal Harrell and will “help ensure students, parents, and school faculty feel secure” upon returning to the campus.

“The Texas [DPS] is committed to working with the [UCISD] to ensure each child, parent, and teacher feels safe and protected during this difficult time,” DPS director Steven McCraw said. “There is no task more important than this.”

Abbott’s release also outlined steps that have already been taken in support of the Uvalde community and to improve intervention in potential future school shootings, including investing $5 million to establish a “long-term Family Resiliency Center” as a hub to provide community services for issues related to mental health.

“Every member of the Uvalde community will have access to the critical mental health resources they need at this center as they process and heal during this difficult time,” Abbott said in a press release on June 1, about a week after an 18-year-old shot and killed 19 children and two adults at Robb Elementary School.

Other actions that have been enforced include an additional $105.5 million to strengthen school safety and mental health initiatives, providing $1.25 million for trauma counseling and community outreach, and other measures.

Last month, a special committee of Texas lawmakers investigated the police response to the Robb Elementary School shooting in Uvalde and found “systemic failures and egregious poor decision making” on behalf of the roughly 400 law enforcement officers who responded to the mass shooting.

“In this crisis, no responder seized the initiative to establish an incident command post,” stated a 77-page report. “Despite an obvious atmosphere of chaos, the ranking officers of other responding agencies did not approach the Uvalde CISD chief of police or anyone else perceived to be in command to point out the lack of and need for a command post, or to offer that specific assistance.”

Meanwhile, a school board meeting that would determine whether Uvalde school district Police Chief Pete Arredondo’s employment will be terminated was delayed for the second time on Aug. 4 over “a scheduling conflict,” officials confirmed.

Arredondo, who was one of the first responders on the scene, was placed on administrative leave in June following mounting criticism over his handling of the shooting and his decision not to immediately breach the classroom where mass shooter Salvador Ramos was killing children.

In addition, the special committee investigating police response also determined that Arredondo had “failed to perform or to transfer to another person the role of incident commander” on the day of the shooting.

“This was an essential duty he had assigned to himself in the plan mentioned above, yet it was not effectively performed by anyone,” the report states. “The void of leadership could have contributed to the loss of life as injured victims waited over an hour for help, and the attacker continued to sporadically fire his weapon.”

Arredondo defended his actions on the day of the shooting in an interview with The Texas Tribune, stating that a missing key to a locked classroom door was the reason why law enforcement took over an hour to take down Ramos. 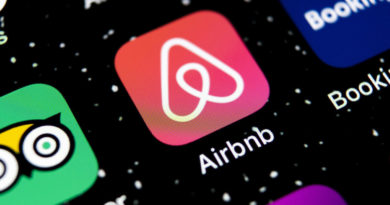