Sen. Lindsey Graham (R-S.C.) suggested former President Donald Trump could be posed to “one of the greatest political comebacks in American history” should he decide to run for president in 2024.

Graham argued in a CNBC interview this weekend that Trump had a “pretty good chance” at winning the election.

“If you lose again, the history about who you are and what you did dramatically changes,” he said, recalling what he told Trump. “If you come back, it will be one of the greatest political comebacks in American history. And if you get four more years, you can do big stuff.”

The South Carolina Republican said Trump, whose Florida residence was raided by the FBI last month, should approach the 2024 election with a fresh approach.

Trump has “lived through four years of this. You get a chance to start over,” Graham suggested during the interview. Elaborating on Trump’s messaging strategy, Graham added: “Remember me? I may not be your cup of tea, but when I was president, our border was secure. We had the lowest illegal crossings in 40 years. I did it. When I was president, I stood up to China, and they listened.”

Trump has not made a definitive statement on whether he’s planning on running for the nation’s highest office, potentially setting up a possible rematch with President Joe Biden. Weeks before the raid on Mar-a-Lago, Trump said in July that he made up his mind about running.

In the interview, Trump said he wasn’t worried about other possible 2024 GOP candidates such as former Vice President Mike Pence. He also does not consider Florida Gov. Ron DeSantis, who is widely considered a top GOP presidential contender, as a rival. DeSantis has also not made a definitive statement on running.

And in several speeches since leaving office last year, the 45th president has strongly suggested that he would run—including during a speech on Saturday in Wilkes-Barre, Pennsylvania.

“I ran twice and I won twice and did much better the second time,” Trump said during a rally for GOP candidates Mehmet Oz and Doug Mastriano, who are running respectively for the Pennsylvania Senate and governor’s seat.

4 Kidnapped, Including Teen Girl and Baby, in California; 2 Suspect in Custody 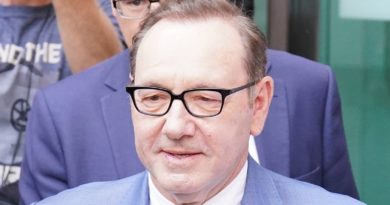