A former TV news anchor, she served for two terms as lieutenant governor under Walker, who had enthusiastically campaigned for her.

Kleefisch launched a generously funded campaign last September and raced to a commanding lead over lesser-known opponents. Her name recognition as lieutenant governor for Walker helped.

Michels entered the race in April and secured Trump’s endorsement in June. The race became more competitive, but Michels did not distance himself from Kleefisch.

Michels has poured millions of dollars of his own money into TV ads, portraying himself as a businessman and an outsider.

Kleefisch drew criticism from Trump for being an establishment politician, but she has said the 2020 election was “rigged.” She is the lone Wisconsin GOP gubernatorial candidate who has dismissed the idea of overturning the outcome.

“It’s not constitutionally possible,” Kleefisch said at a GOP gubernatorial debate. “There is no path to decertifying an election that has already happened.”

Michels will face Democratic Gov. Tony Evers, who defeated Walker by one percentage point in 2018 and has frequently battled Wisconsin’s conservative-leaning state legislature. He has vetoed more bills in a single session than any governor in the state’s history.

“Every candidate in the Republican primary is too extreme for our state, and would sign into law dangerous bills that would undermine our democracy,” Evers campaign spokesman Sam Roecker said in a statement. “Gov. Evers is focused on doing the right thing for our state and bringing people together to solve real problems.”

Biden won Wisconsin by around 21,000 votes in 2020. Trump has repeatedly called for state legislators to invalidate the results. Wisconsin’s Supreme Court ruled that dropboxes for absentee ballots are no longer allowed.

“I am going to get election integrity back in Wisconsin,” Michels said at the rally. “We are going to stop the ‘Zuckerbucks,’ out-of-state billionaires coming into our state and taking control of our election process. It won’t happen anymore.”

Kleefisch has repeatedly said that decertifying Wisconsin’s 2020 election results is not legal under state or federal law.

Days before the primary, an Emerson College poll showed that Kleefisch had a two-point lead—36 percent to 34 percent—over Michels, which is within the margin of error.

When undecided voters were polled about who they were leaning toward, Kleefisch gained 41 percent compared to 39 percent for Michels.

With Michels ‘ triumph, Trump took a 2-to-1 advantage over Pence in head-to-head gubernatorial endorsements.

Political analysts like The Cook Political Report, Sabato’s Crystal Ball, and Inside Elections rate the general election for the governor’s seat in Wisconsin as a toss-up. 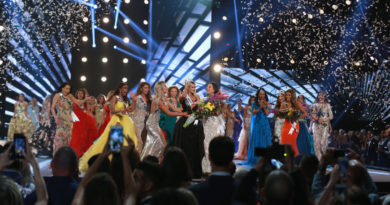