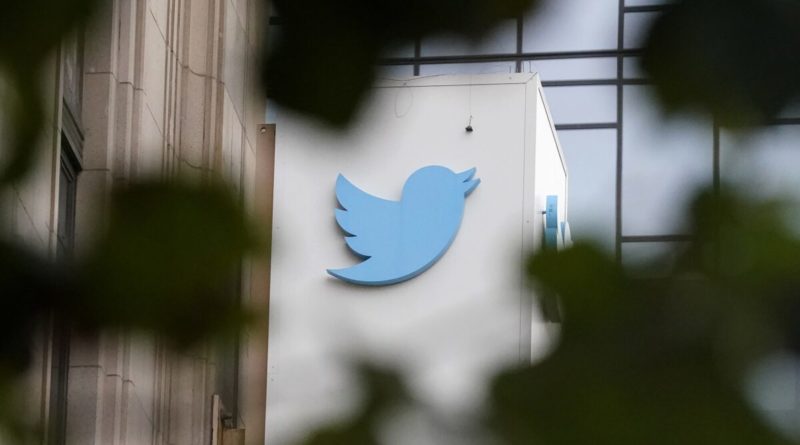 
The latest episode of Twitter’s internal files on content crackdowns paints a picture of a censorship machine that not only worked hand-in-glove with the FBI but also received content-related flags and action requests from a tangled web of state agencies, private contractors, and government-affiliated NGOs, shedding new light on the depths of the “deep state.”

The files were released Friday by journalist Matt Taibbi with Elon Musk’s endorsement, and serve to bolster claims that Big Tech colluded with a network of entities—including government agencies—to suppress Americans’ free speech.

Musk, who after taking over Twitter in late October promised to release internal files on “free speech suppression,” has since granted access to the trove of documents to several individuals—Taibbi, journalist Bari Weiss, and author Michael Shellenberger—who have been releasing them in tranches dubbed the “Twitter Files.”

Episode six of the Twitter Files, elaborated on in detail by Taibbi, was shared on Dec. 16 by Musk.

Included in the thread are screenshots of FBI requests for Twitter to censor posts on the platform, as well as ones showing Twitter complying in a dynamic Taibbi described as a “master-canine” relationship.

“The master-canine quality of the FBI’s relationship to Twitter comes through in this November 2022 email, in which ‘FBI San Francisco is notifying you’ it wants action on four accounts,” Taibbi wrote, sharing a screenshot of an email from the FBI asking for “any action or inaction deemed appropriate within Twitter policy” with respect to accounts that “may potentially constitute violations.”

Three of the four flagged accounts were suspended, with the one that was spared sometimes posting anti-Trump and blue-leaning content.

Twitter did not return a request for comment while an FBI spokesperson said the agency regularly notifies private sector entities about “foreign malign influence” but any actions are taken independently by the companies.

Executives at Twitter for years insisted that no censorship or shadow banning of conservatives took place on the social media platform, a claim that the Twitter Files disclosures has shattered.

‘As If It Were a Subsidiary’

Like the prior disclosures, Twitter Files 6 offers a rare glimpse into the inner workings of Big Tech censorship.

The latest files show that agencies like the FBI and the Department of Homeland Security (DHS) regularly sent Twitter social media content through various channels that were “pre-flagged for moderation.”

Some of the reports sent to Twitter by government agencies were aggregated from public hotlines, like from the National Election Command Post that assessed election-related threats.

“What stands out is the sheer quantity of reports from the government,” wrote Taibbi, who also questioned whether the government did the flagging using its own resources or farmed it out to third parties.

Overall, the FBI-Twitter communications were described as “constant and pervasive,” with the law enforcement agency playing a dominant role and Twitter acting “as if it were a subsidiary.”

“The #TwitterFiles are revealing more every day about how the government collects, analyzes, and flags your social media content. Twitter’s contact with the FBI was constant and pervasive, as if it were a subsidiary,” Taibbi said at the top of the thread that kicked off episode six of the disclosures.

The FBI and former Twitter Trust and Safety chief Yoel Roth exchanged over 150 emails between January 2020 and November 2022, the files showed.

Some of the FBI’s communications with Roth were fairly mundane, like reminders to attend regular FBI-Twitter calls.

But others asked Twitter for information on users related to active investigations or requested action on election-related content.

Requests to act on “election misinformation,” in particular, were noted in the disclosures to have been “surprisingly high” in number, even extending to low-follower accounts and joke tweets.

While the FBI’s “hyper-intrusive” actions weren’t confined to just right-leaning accounts, as Taibbi noted, the files showed Twitter enforcers acting with more leniency with respect to blue-leaning ones.

A screenshot of a message from one of the accounts that the FBI had flagged for action, @fromMA, featured a post that said: “I want to remind republicans to vote tomorrow, Wednesday November 9.”

Another flagged for action was from @clairefosterPHD, who said, “I’m a ballot counter in my state. If you’re not wearing a mask, I am not counting your vote,” following that up with, “For every negative comment on this post I’m adding another vote for the democrats.”

But of the half dozen accounts flagged for action in several messages, neither of the blue-leaning ones—@fromMA nor @clairefosterPHD—were suspended.

Other messages reinforced the view of a cozy relationship between Twitter and the FBI.

In a message dated Nov. 6, the FBI’s National Election Command Post asked Elvis Chan, a top official at the FBI’s office in San Francisco, for “coordination” with Twitter to determine which of 25 flagged accounts “may warrant additional action due to the accounts being utilized to spread misinformation about the upcoming election.”

Chan later forwarded the message to his “Twitter folks,” asking for action on the accounts, “which we believe are violating your terms of service by disseminating false information about the time, place, or manner of the upcoming elections.”

In what is perhaps one of the more intriguing takeaways from Twitter Files 6 is just how broad the network of entities was that engaged with Twitter on content crackdowns.

There were “multiple points of entry” for government-flagged reports into Twitter, including Teleporter, a platform where FBI reports could be accessed by Twitter.

In one case, Twitter executives received an alert from California officials via the Partner Support Portal regarding a tweet by former President Donald Trump that claimed “California hired a pure Sleepy Joe Democrat firm to count and ‘harvest’ votes,” and that “California is in big trouble.”

Trump’s tweet wasn’t acted upon and a message from California officials demanded to know “why no action was taken.”

The files also show an instance where a video was flagged by the Election Integrity Project (EIP) at Stanford, “apparently on the strength of information” from the CIS.

“If that’s confusing, it’s because the CIS is a DHS contractor, describes itself as ‘partners’ with the Cyber and [Infrastructure] Security Agency (CISA) at the DHS,” Taibbi wrote, adding that the EIP is “one of a series of government-affiliated think tanks that mass-review content, a list that also includes the Atlantic Council’s Digital Forensics Research Laboratory, and the University of Washington’s Center for Informed Policy.”

Taibbi wrapped up his thread by characterizing the so-called “deep state” as a far more extensive web of ties than many people think, and one that goes beyond just government bureaucrats.

“The takeaway: what most people think of as the ‘deep state’ is really a tangled collaboration of state agencies, private contractors, and (sometimes state-funded) NGOs. The lines become so blurred as to be meaningless,” he said.

“Instead of chasing child sex predators or terrorists, the FBI has agents—lots of them—analyzing and mass-flagging social media posts. Not as part of any criminal investigation, but as a permanent, end-in-itself surveillance operation. People should not be okay with this,” Taibbi said in a post.

Republican lawmakers have vowed to take action following the release of the latest disclosures on content crackdowns.

“[The] FBI has a lot to answer for after the latest drop of Twitter Files 6,” Rep. Matt Gaetz (R-Fla.) said in a tweet.

Texas state Rep. Troy Nehls, a Republican and former sheriff, took to Twitter to say that the FBI would face a probe when the GOP assumes control of the House in several weeks.

“Republicans will investigate the FBI in January. I promise you that,” he said.

Sen. Josh Hawley (R-Mo.) suggested that other Big Tech companies were similarly used by the FBI to take action on users’ content.

It’s a sentiment echoed by Daniel Miller, President of the Texas Nationalist Movement (TNM), an organization that promotes Texas independence that sued Facebook parent Meta for banning links to TNM content from being shared on the platform.

“If Facebook censored TNM at the direction of the FBI, we are going to find out,” he added.