“We’ve been clear that, per our strike system for this policy, we will permanently suspend accounts for repeated violations of the policy.”

Writing on her official congressional account, which was not revoked, Greene encouraged followers to visit the reinstated personal page.

“I’m the only Member of Congress the unelected big tech oligarchs permanently banned. On Jan. 2, 2022, they violated my freedom of speech and ability to campaign and fundraise crying ‘covid misinformation.’ My account is back,” Greene tweeted. “Go follow @mtgreenee for MTG unfiltered ;)”

I’m the only Member of Congress the unelected big tech oligarchs permanently banned.

On January 2, 2022, they violated my freedom of speech and ability to campaign & fundraise crying “covid misinformation.”

Trump’s account, which was banned by Twitter after the Jan. 6, 2021 U.S. Capitol breach, was reactivated on Nov. 19 after a poll initiated on the forum by new owner Elon Musk asking users if the former president should be allowed to return.

With more than 15 million votes tallied, the poll indicated that 51.8 percent of users wanted Trump to be allowed to post on Twitter, while a minority 48.2 percent wanted the former president to remain banned.

The poll was open for 24 hours.

“The people have spoken. Trump will be reinstated. Vox Populi, Vox Dei,” Musk said in a post, using a Latin phrase meaning “the voice of the people, the voice of God.”

“After close review of recent Tweets from the @realDonaldTrump account and the context around them—specifically how they are being received and interpreted on and off Twitter—we have permanently suspended the account due to the risk of further incitement of violence,” the platform said in a statement after the decision.

Hours before Musk reinstated Trump’s account, the former president indicated that he will not rejoin the platform.

“I don’t see any reason for it,” said Trump, who announced last week that he is running for president in 2024.

On Nov. 19, Trump told a crowd that he will stay with his Truth Social, the app developed by Trump and Technology Group (TMTG) which he said has better user engagement than Twitter and is doing “phenomenally well.”

Trump encouraged Truth Social users to respond to the Twitter poll about his reinstatement and reinforced his commitment to Truth Social.

Musk purchased Twitter for $44 billion last month, The polarizing figure who is also CEO of Space-X and Tesla has restored the Twitter accounts of the satire website The Babylon Bee, comedian Kathy Griffin, and Ye, who is the rapper formerly known as Kanye West.

Anti-Defamation League CEO Jonathan Greenblatt called Musk’s moves over the last month “erratic and alarming” and said that reinstating Trump is “dangerous and a threat to American democracy.”

Greenblatt added in the tweet, “We need to ask is it time for Twitter to go?” to which Musk responded, “Hey stop defaming me!”

After learning of Musk’s decision to reactivate Trump’s account, and before he announced the move to lift Greene’s suspension, the congresswoman made a plea for her personal page’s return.

Greene started her tenure as a congressional freshman on Jan. 3, 2021. She was stripped of committee assignments that February by the U.S. House because of social media remarks she made that were deemed controversial by Democrats and some Republicans.

McCarthy has said that he will reinstate Greene’s committee assignments if he is elected Speaker of the House. 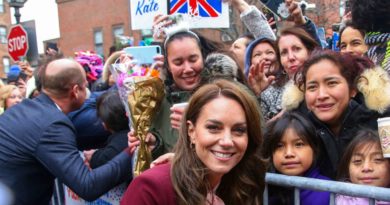 North Korea Could Hold Nuclear Test Next Week, China and Russia Not Condemning Launches: US Envoy