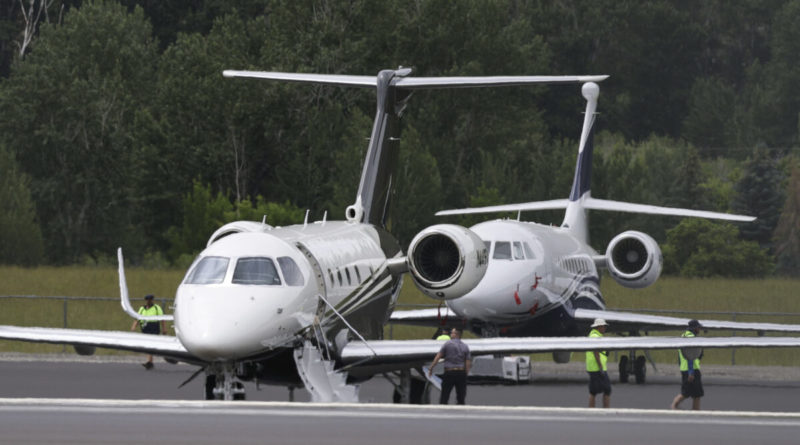 
Twitter has suspended multiple accounts that tracked the movements of private planes—including those belonging to Elon Musk and Jeff Bezos—and announced changes to its doxxing policy, prohibiting sharing of real-time location information or linking to external sources that share such data, citing a “risk of physical harm.”

Twitter Safety said in a series of posts on Dec. 15 that the social media platform had updated its Private Information policy that bans sharing someone else’s live location “in most cases.”

“When someone shares an individual’s live location on Twitter, there is an increased risk of physical harm. Moving forward, we’ll remove Tweets that share this information, and accounts dedicated to sharing someone else’s live location will be suspended,” the Twitter Safety account stated.

Users will still be able to share their own live location on Twitter, and content that shares live location information pertaining to public events or engagements, such as concerts, will also be allowed.

‘News Would Be All Over It’

Sweeney told Protocol earlier this year that Musk had offered him $5,000 to shut down the jet-tracking account over security concerns. The teenager said he made a counteroffer of $50,000 or an internship opportunity with him but Musk did not take him up on the offer.

After Musk took over Twitter at the end of October, Sweeney wrote in an op-ed in Newsweek that he wasn’t concerned that the platform’s new owner would suspend the jet-tracking account.

“I’m not worried now that Musk owns Twitter. If he banned ElonJet, the news would be all over it, so I don’t think he will do it,” Sweeney said at the time.

Sweeney also wrote on his personal Twitter account that he was against people using the jet account to track down Musk and look for him in person, saying that he’s open to discussing with Musk taking the account down.

For his part, Musk said shortly after taking over Twitter that his “commitment to free speech extends even to not banning the account following my plane, even though that is a direct personal safety risk.”

That has changed, however, with a number of jet-tracking accounts—including Musk’s—now suspended in line with the new policy.

The teenager said on Mastodon that Musk “gave me no warning” before permanently suspending his account.

“[P]lus he suspended all of my accounts, half of which track aircraft (NASA aircraft, experimental aircraft, weather, airforce etc). not people including my personal,” Sweeney added.

A screenshot of his suspension says Twitter said he violated “rules against platform manipulation and spam.”

Still, the teenager continues to track Musk’s jet on other platforms, including Facebook, where on Dec. 14 he posted the latest movements of Musk’s plane.

Musk’s threat to sue Sweeney came as the Twitter chief reported that on Thursday night, a “crazy stalker” climbed onto a car carrying his 2-year-old son in Los Angeles.

Sweeney expressed disappointment that his jet-tracking account has been suspended, in an interview with the Sydney Morning Herald.

“He said this is free speech and he’s doing the opposite,” Sweeney told the outlet.

The Epoch Times has reached out to Sweeney with a request for comment on the lawsuit.

Hours before Musk threatened to take legal action against Sweeney, he responded to Jim Hall, a self-described Tesla and SpaceX enthusiast and investor, who argued that Sweeney had made it easier for “nutjobs” to find Musk and his family.

Hall shared a video of “paparazzi, stalkers, & fans” waiting for Musk outside an airport.

“The more the hate being drummed up online against Elon grows the larger the threat to Elon & his family grows. Imagine all the crazies at the extreme of both political sides targeting you nonstop,” Hall wrote.

The contextual note added, however, that “Twitter’s TOS prohibits sharing ‘information that would reveal a person’s location, regardless if this information is publicly available…’”

Caden Pearson contributed to this report.

Boy, 8, drives off in mum’s car with one-year-old sibling in the back | US News