Petrol prices in the United States have topped five dollars a gallon for the first time ever, as global oil prices continue to soar amid the war in Ukraine.

Car club AAA said while the average price on Saturday was $5, motorists in some parts of the country, especially California, are paying far above that.

President Joe Biden accused the US oil industry, and Exxon Mobil Corp in particular, of capitalising on a supply shortage to fatten profits.

“Exxon made more money than God this year,” Mr Biden told reporters at the Port of Los Angeles.

“Why aren’t they drilling? Because they make more money not producing more oil,” he added.

Exxon pushed back at the comments, saying it has continued to increase its US oil, gasoline and diesel production, and had borrowed heavily to increase output while suffering losses in 2020.

The news comes after US figures on Friday showed that consumer prices had climbed 8.6% in May from a year ago – the highest inflation in 40 years.

The costs of gas, food and other necessities has shot up over the past month.

The Labor department’s report showed the US consumer price index (CPI) accelerated to 1% in May from 0.3% in April, while on an annual basis it surged 8.6% as gasoline prices hit a record high and the cost of services rose further. 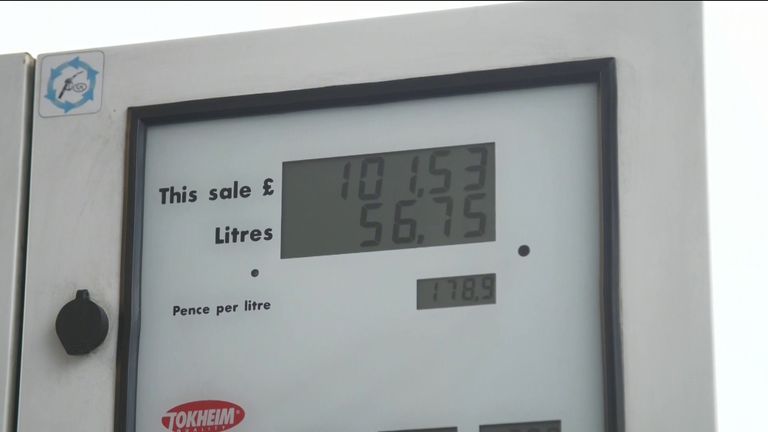 Drivers across the world are feeling the bite of rocketing fuel prices following the Russian invasion of Ukraine.

Moscow has been hit by record sanctions, including a partial ban on Russian oil imports to the European Union.

Protests over fuel prices in Poland are planned for the weekend, with the possibility of motorists blocking fuel stations, local media report.

Meanwhile in Guinea, one person was killed in the capital during protests over fuel price hikes last week.

People barricaded streets and set tyres alight in protest over a 20% increase in the price of gasoline.