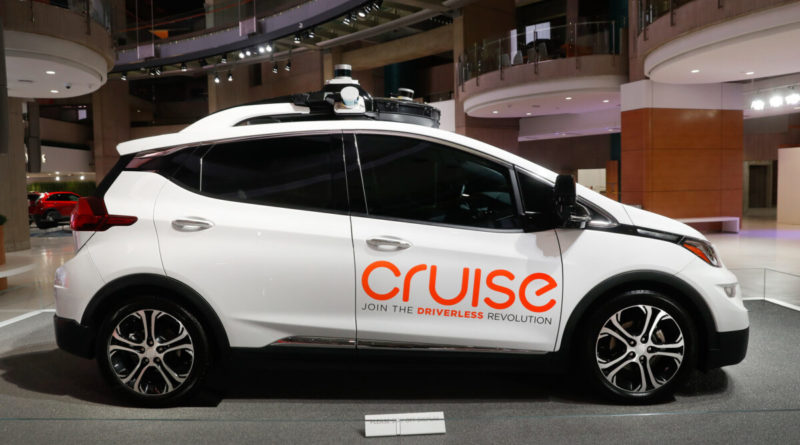 Three rear-end collisions that reportedly took place after Cruise autonomous vehicles braked hard kicked off the probe, according to the National Highway Traffic Safety Administration (NHTSA). At the time, robotaxis were staffed by human safety drivers.

The reports of immobilized vehicles came from discussions with Cruise, media reports and local authorities, NHTSA said in an investigation document posted Friday on its website.

There have been two reports of injuries related to the hard braking, including a bicyclist seriously hurt last March, according to the NHTSA crash database.

NHTSA says it will determine how often the problems happen and potential safety issues they cause. The probe, which covers an estimated 242 Cruise autonomous vehicles, could bring a recall. “With these data, NHTSA can respond to safety concerns involving these technologies through further investigation and enforcement,” the agency said in a statement.

Cruise CEO Kyle Vogt told The Associated Press that the company is fully cooperating with the NHTSA. “I am happy to help educate them on the safety of our products,” Vogt said during a Friday interview. “Regulators are doing their job. They are scrutinizing things as they should, asking lots of questions.”

So far, Cruise vehicles have driven nearly early 700,000 autonomous miles in San Francisco without causing any life-threatening injuries or deaths.

“This is against the backdrop of over 40,000 deaths each year on American roads,” Cruise spokesman Drew Pusateri wrote in a statement. “There’s always a balance between healthy regulatory scrutiny and the innovation we desperately need to save lives.”

He said police didn’t issue tickets in any of the crashes, and that in each case, the autonomous vehicle was responding to aggressive or erratic behavior of other road users. “The AV was working to minimize collision severity and risk of harm,” Pusateri wrote.

In the clogged traffic incidents, Pusateri wrote that whenever Cruise technology isn’t extremely confident in moving, it’s designed to be conservative, turning on hazard lights and coming to a safe stop.

“If needed, Cruise personnel are physically dispatched to retrieve the vehicle as quickly as possible,” Pusateri wrote. Such stoppages are rare and have not caused any crashes, he wrote.

Cruise vehicles may strand passengers in unsafe locations, such as travel lanes or intersections, increasing the risk to exiting passengers. And they can become obstacles to other road users, causing them to make unsafe maneuvers to avoid collisions. “The vehicles may also present a secondary safety risk, by obstructing the paths of emergency response vehicles and thereby delaying their emergency response times,” NHTSA said in the document.

The municipal transportation agency, in comments to NHTSA, said that starting in May, the city began to notice 911 calls from people who were inconvenienced by Cruise operations. Some city police officers also saw Cruise vehicles disabled in travel lanes. One incident in June involved 13 Cruise vehicles stopped on a major road. Two other large blockages were reported in August, the agency said.

The probe comes at an important time for Cruise, which in June started charging passengers for autonomous rides without human safety drivers in part of San Francisco at night. On Thursday, the company got approval from a state agency to carry riders citywide, around the clock. One more agency has to sign off.

It’s also a critical time for the autonomous vehicle industry, with Google spinoff Waymo running a robotaxi service in the Phoenix area with plans to expand to San Francisco. Other companies also are moving toward services without human safety drivers.

San Francisco-based Cruise plans to expand the service to Phoenix and Austin, Texas. The startup owned by GM has been testing autonomous Chevrolet Bolt electric vehicles for several years.

In September Cruise revealed that it recalled 80 of its driverless vehicles for a software update after one of the cars was involved in a crash that caused minor injuries.

Cruise told NHTSA, that one of its vehicles was making an unprotected left turn at an intersection when it was hit by an oncoming vehicle. The Cruise vehicle had to be towed away from the scene, according to the regulatory filing.

GM acquired a majority stake in Cruise when it was a startup in 2016. The company invested to take 80 percent stake in the company last May.

For Her, the FBI Helped Obstruct Its Own Investigation