Voters will head to the polls in seven states on June 7 for Republican and Democratic primaries that will decide which candidates will face one another in the November general election.

The 2022 midterms represent the first significant group of elections since President Joe Biden stepped into the Oval Office in January 2022.

Republicans are feeling confident in their chances to regain control of the House and Senate while Democrats are trying to at least maintain majority rule in both chambers.

Voters in several states will also choose governors and secretaries of state. Those are roles that have tremendous oversight of elections at a time when election integrity is in question.

Some of the states have offices where incumbents are either running unopposed or meeting with little competition. Yet there are many compelling races.

California Gov. Gavin Newsom is expected to win a second term, and most Democrats appear united behind the man who was almost recalled earlier this year. However, traditional liberals and the “woke” progressive wing of the party are at odds.

Many old-school Democrats who are moderate have left the party because they don’t agree with the progressive push for critical race theory and transgender activism promoted by far-left leaning teachers’ unions.

Democratic legislators are also facing opposition from some within their own party about mask and vaccine mandates, the rapid rise in crime and homelessness, the drug epidemic, proposed laws that support “gender-affirming care” and puberty blockers for children, and expanded abortion services and plans to make California a sanctuary for out-of-state abortion seekers.

The crisis at the U.S.-Mexico border is severe in southern California where thousands of illegal aliens are bused into the state almost daily.

Republicans think this represents an opportunity for its gubernatorial candidates. The California GOP endorsed state Sen. Brian Dahle, who is running against Jenny Rae Le Roux. She is backed by the California Republican Assembly (CRA).

As of April 23, Newsom led all fundraising efforts with $1.6 million. Dahle has raised the most among Republicans, at $1.2 million. Michael Shellenberger, an independent, has collected $515,000, while Le Roux has raised $479,000.

Newsom appointed Padilla to fill the U.S. Senate vacancy left by Vice President Kamala Harris in 2020. As a result, Padilla must defeat seven opponents in a special vacancy election to keep the seat for the remainder of the current Senate term ending Jan. 3, 2023. He will also face more than 20 challengers in the top-two primary election for the next full six-year Senate term.

Charles E. Grassley, 88, is campaigning to secure his eighth term as a Republican U.S. Senator in Iowa. Grassley was first elected to the Iowa Legislature in 1958, the U.S. House of Representatives in 1974, and the U.S. Senate in 1980.

The Iowa native and farmer is the longest-serving U.S. Senator in the state’s history. He faces Jim Carlin in the Republican primary.

All four of Iowa’s U.S. House of Representative seats are also on the ballot this year.

The race to watch is in the newly redrawn Third Congressional District, where Republicans hope to unseat Representative Cindy Axne, a two-term Democrat.

Financial services professional Nicole Hasso, Iowa state senator and Air Force veteran Zach Nunn and farmer Gary Leffler are the challengers in the Republican primary. Hasso and Nunn are the frontrunners with fundraising.

All four of Mississippi’s U.S. House members are seeking re-election. All are facing primary challengers but are expected to receive their parties’ nominations.

A recent scandal could hurt Rep. Steven Palazzo (R), who has won the past six elections in Mississippi’s Fourth Congressional District.

On March 1, 2021, the Office of Congressional Ethics (OCE) made public a report that suggested Palazzo “may have violated House rules, standards of conduct, and federal law.”

According to a report by the Campaign Legal Center, a left-wing watchdog group, Palazzo may have used campaign funds to pay himself nearly $200,000.

The state’s House Ethics Committee has classified their probe of Palazzo only as a review.

Allegations against Palazzo will likely  “evaporate” when this session of Congress ends, said Kedric Payne, vice president of the Campaign Legal Center.

The question is whether he will face punishment from the voters. Six candidates are running against him in the Republican primary.

Clay Wagner has raised almost as much as Palazzo.

The Fourth District is extremely conservative, so both these candidates are unlikely to win.

In the rest of Mississippi, elections are likely to go to the incumbents, according to the Cook Political Report.

Republican Representative Matt Rosendale, who represents the entire state, is expected to win re-election in the Second Congressional District.

Financial adviser Gary Buchanan is running as an independent.

Before redistricting, Rosendale had represented all of Montana in Congress since winning election in 2020.

The Democratic party is working to keep New Mexico a deep blue state.

Since Barack Obama won the state in 2008, the Democratic Party’s nominee for president has won New Mexico four times in a row.

Incumbent Republican Congresswoman Yvette Herrell, who represents New Mexico’s 2nd District, is running for reelection in November. She has no primary challenger.

Incumbent Democrat Governor Michelle Grisham was elected to her first four-year term in 2018, and could see a challenge in November from Republican front-runner Mark Ronchetti.

Ronchetti, a former TV meteorologist and unsuccessful candidate for the U.S. Senate in 2020, holds a commanding lead over three-term State Representative Rebecca Dow.

According to a poll published in the Albuquerque Journal, Ronchettti has 45 percent support compared with Dow’s 17 percent, with three other candidates each polling in single digits and 21 percent undecided.

This year, all eyes will be focused on how many House seats become truly competitive.

There are 12 Congressional districts on the ballot in the primary and general election.

Four of nine Democratic incumbents have challengers, though those races are not expected to be close. A 10th Democratic seat is open in the 8th Congressional District with the retirement of Rep. Albio Sires.

Registered Democrats outnumber Republicans by more than 1 million, but the GOP has trimmed the gap over the last year. Also, in New Jersey, around 2.36 million registered voters are unaffiliated.

Trump asked Gov. Kristi Noem to challenge Sen. John Thune, a Republican who did not support objections to the 2020 presidential election results. Instead, Noem opted to seek re-election as governor.

Neither is expected to face a serious primary challenge.

Since the state hasn’t elected a Democrat in decades, incumbents are likely to sail to re-election in the general election in November.

“They have slapped Democrats around in just about every campaign, even running unopposed for a U.S. Senate seat in 2010 and U.S. House seat in 2020,” University of South Dakota political science professor Michael Card told The Epoch Times. “South Dakota hasn’t elected a Democrat for governor since 1974. It’s a solidly Republican state.” 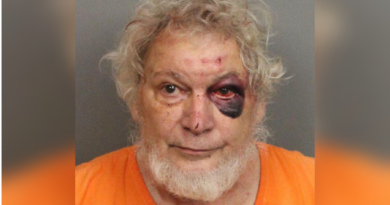