The friendly skies too often resembled “season’s beatings” shopping brawls during the pandemic, as the number of arguments and even fistfights surged on–board. Viral videos of the flight-and-fight mayhem frequently had a common denominator—the federal government’s mask requirement.

So it may come as little surprise that disruptions on commercial domestic flights have plummeted by 74 percent since the Biden administration’s mask mandate was overturned by a federal judge in April. The current rate is 1.7 unruly passengers per 10,000 flights, down from 6.4 per 10,000 in February.

But laws and rules created during the pandemic continue to spur federal investigations of passengers, while the federal government has spent untold sums in a legal battle to re-establish its authority, including the power to once again impose mask mandates.

Unions, meanwhile, are seeking stricter measures to give flight attendants more power on the plane.

To date this year, there have been 2,178 reports of unruly passengers, according to the Federal Aviation Administration (FAA), compared with 87 over roughly the same period in 2019.

Incidents under investigation, which jumped from 183 in 2020 to 1,099 in 2021, have dropped by nearly 40 percent since a federal judge found the mandate exceeded the rule-making authority of the Centers for Disease Control and Prevention (CDC).

The U.S. Department of Justice, however, continues to challenge the ruling of U.S. District Judge Kathryn Kimball Mizell, a Trump nominee. A hearing in the Atlanta-based 11th Circuit U.S. Court of Appeals is scheduled for January.

“Most administrations of the last 10 to 20 years have sought this kind of power,” she said, likening COVID-era measures to the Patriot Act passed after the 9/11 attacks, which vastly increased the ability of government to surveil the public.

”It’s not just the Biden administration,” Manookian said. “It’s about increasing the power of the federal government as well as people who are not elected, and it’s not a partisan issue. They all want more power and are getting it through these emergencies.”

The CDC asked the Department of Justice (DOJ), which represents government agencies, to appeal the travel mask decision shortly after it was handed down. The FAA and the DOJ did not respond to questions from RealClearInvestigations.

The legal struggle proceeds as a new peer-reviewed study adds to skepticism about the effectiveness of mask use in general. (In any case, passenger planes are required to have advanced air filtration.)

The CDC issued the directive on orders from President Biden on his first day in office in January 2021. The rule was a formal extension of what airlines imposed in 2020 under pressure from flight attendant unions.

Within six months of the federal mask mandate, 85 percent of all alleged transgressions in the air were related to mask-wearing, with the federal government and a spokesman for the union-backed American Airlines flight attendants declaring that the policy they insisted on had created a situation “out of control.”

The mask ruling on appeal now has 34 amicus filings, or statements from parties who claim an interest in the outcome of the case. Among those filing in support of the federal government are the American Medical Association and a group of 251 public health and legal officials and various professional public health associations, many of whom have been public about the importance of government’s role in controlling the pandemic.

Filing in support of Manookian’s group are the Association of American Physicians and Surgeons and a group of 338 flight attendants, pilots, and other airline workers from every major airline and most budget airlines. Several of the pilots in the filing are part of a group that sued the CDC in March, also noting that the mandate overstepped the CDC’s authority.

During the pandemic, the airlines became ground zero for the battle between individuals who sought to determine their own safety measures and the dictating model that was imposed by the government. The result was a series of highly publicized confrontations.

The mandate was so vastly unpopular that many flight attendants again began taking self-defense courses in preparation of doing battle with passengers. Flight attendant unions urged that voluntary training implemented in the wake of 9/11, including measures to thwart a terrorist-style assault, be made compulsory.

In March 2021, the FAA declared a “zero tolerance” policy for alleged disorderly passengers in a threatening announcement. The agency also imposed a new rule beefing up enforcement of alleged in-air infractions, insisting it would pursue legal action against anyone alleged to have violated the agency’s conduct rules.

“The rule was changed and what you have now is a greater percentage of cases that are making it all the way through to being fined that we never saw before,” said William McGee, who spent seven years in flight operations management and is now a senior fellow for aviation for the American Economic Liberties Project.

McGee said that while there is no room for violent behavior by passengers, there are “fundamental rights that include innocent until proven guilty. Some rules now are more like being on the high seas.”

Rank-and-file flight attendants, like the rest of America, were divided on mask use, said Gary Leff, producer of the travel website View from the Wing. Some wanted passengers to wear them, but some felt they were ineffective, and attendants became quickly worn out with the rancor the rule was causing.

“There was a huge diversity of opinion, and you’re talking tens of thousands of flight attendants,” Leff said. “The leadership of a union doesn’t always reflect the workers and most media sound bites were coming from [president of the Association of Flight Attendants-CWA] Sara Nelson. But she’s not directly representing the individual airline, where the members are electing their own local leader. So there was a disconnect in the views.”

The Transport Workers Union of America, which represents flight attendants, baggage handlers, aircraft mechanics and other aviation workers, is pushing federal lawmakers for a “Flight Attendant Bill of Rights.” It would, among other things, require airlines to pay flight attendants their regular work pay when they testify against passengers accused of misconduct; give flight attendants more power to report passengers for alleged behavior violations; and require the Transportation Security Administration to vet any passenger previously accused of being unruly.

The union is also reviving the stalled Protection From Abusive Passengers Act, a bill proposed last year by U.S. Reps. Eric Swalwell (D-Calif.), Brian Fitzpatrick (R-Pa.), and Sen. Jack Reed (D-R.I.). In making its case in Congress, the union claims, “not a single passenger who has assaulted a ground service worker has been prosecuted under federal law.”

Actually, several passengers have been prosecuted, including a Sacramento, California, woman who is currently serving a 15-month sentence in an administrative prison in Seattle for assaulting a Southwest Airlines flight attendant in 2021. A Bronx woman is also serving a four-month federal sentence for shoving an American Airlines flight attendant.

The mask requirement was debated heatedly during the first year of the pandemic, with findings that both supported and denied masks’ effectiveness at preventing a person from contracting the virus. Various reports have suggested the debate was unnecessary. The CDC in January admitted that cloth masks, used by most Americans who choose to wear a mask, are not effective outside of a medical setting. This month, another study cast doubt on the efficacy of N95 masks, which had previously been held up as the Cadillac of protection.

When the masking rule was dropped in April, progressive media outlets urged air travelers to continue to wear masks and cited polls that claimed most passengers wanted the mask mandate to remain in place. But shortly after the mandate was struck down, few masks were seen on airplanes.

Passenger levels are nearing pre-pandemic levels, according to TSA checkpoint data, about 4 percent lower this year compared with 2019 for the week ending December 10. Holiday travel has been robust, and passenger levels are projected to fully rebound next year.

Yet, victorious for now, the Health Freedom Defense Fund sees an expensive mismatch ahead in court as it continues its mask faceoff with the federal government.

“This is taxpayer money being spent to fight taxpayers,” Manookian said. “They have huge teams of lawyers, and these are extremely expensive. We have to keep raising money to fight this. They don’t.” 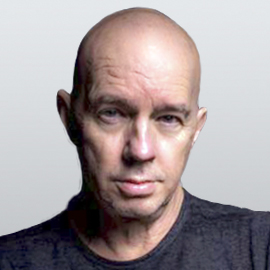 Steve Miller is an author and journalist. After spending 12 years as an indie musician, Miller began his journalism career as a courts and cops reporter at the Dallas Morning News and as a national reporter at the Washington Times. He has worked as a national correspondent for The Daily Beast, People magazine, High Times, U.S. News and World Report, RealClearInvestigations, and several alternative weeklies including Houston Press and Miami New Times. 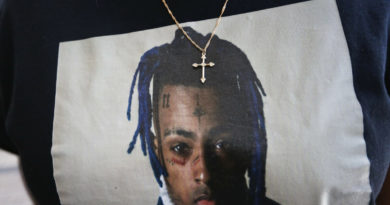 Suspects in Rapper XXXTentacion’s Death About to Face Trial