The United Nations has elected 10 regimes that “repress human rights activists” to its 19-nation committee on nongovernmental organizations, according to UN Watch Executive Director Hillel Neuer.

Neuer took to Twitter on April 14 to announce the regimes that had been elected to the committee on NGOs—which oversees the work of human rights groups across the globe—by members of the United Nations Economic and Social Council (ECOSOC).

Members of ECOSOC voted on April 13 to elect 19 members in total, from five regional groups, who will serve on the committee for the next four years beginning in 2022.

Those 19 members will act as the “gatekeepers for civil society at the UN as they decide which NGOs receive UN accreditation participation rights,” according to the International Service for Human Rights, an independent NGO that promotes and protects human rights.

Neuer, the director of the Geneva-based human rights organization UN Watch, said that China, Cuba, Turkey, Zimbabwe, Nicaragua, Eritrea, Pakistan, Algeria, Bahrain, and Cameroon had been elected to the committee.

Neuer, also an international lawyer and human rights activist, said the decision to elect those specific countries means they will effectively wield more power when it comes to blocking the accreditation of organizations that aim to highlight the various human rights violations that occur in their countries.

“This means dictatorships will have a majority on the committee in order to deny United Nations accreditation to any independent organizations in the world that call out their human rights violations and to accredit fake front groups created by the regimes,” he said.

“The problem with the U.N. is that those fighting hardest to join its various human rights committees are those most committed to the opposite,” he said in a follow-up post.

The Epoch Times has contacted the United Nations for comment.

For years, the Chinese Communist Party (CCP) has been accused of humans rights violations, including forced organ harvesting and the imprisonment of more than 1 million Uyghurs and other ethnic minorities in internment camps, where they are allegedly subjected to torture, forced labor, and forced sterilization.

In Iran, those who peacefully exercise their human rights are often punished with harsh penalties such as detainment and public flogging.

The various other countries that are now members of the committee have also separately been accused of violating human rights.

Meanwhile, Russia lost in all of the elections that took place on Wednesday pertaining to U.N. bodies, including a spot on the committee on NGOs.

Russia has been a member of the NGO committee since its establishment in 1947, and the decision to vote it out came as Moscow has become increasingly isolated from the West in the wake of its invasion of Ukraine. 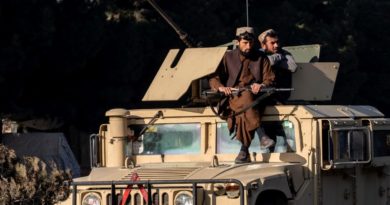