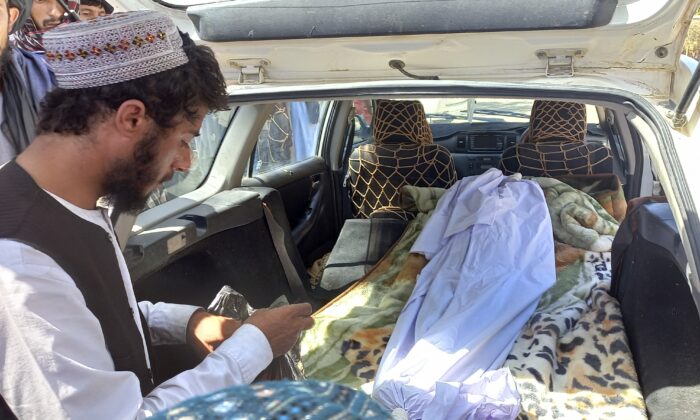 Covered body of a girl lies in the back of a vehicle after she was killed by unexploded shell in Helmand province, southern Afghanistan, on Sept. 3, 2022. (Abdul Khaliq/AP Photo)

ISLAMABAD—Unexploded ordnance detonated in southern Afghanistan, killing four children and injuring three others after the children brought it inside their school, police and a doctor said.

The incident in Helmand province on Sept. 3 happened when the children discovered an unexploded shell and brought it inside their religious school and started playing with it, according a statement from the provincial police chief’s office.

The children were ages 7 to 14 and at least three others were injured, according to the police statement.

Afghanistan has suffered from decades of war and remains highly dangerous for children, who often collect scrap metal to sell to support their families. Many are killed or maimed when they come across unexploded ordinance.