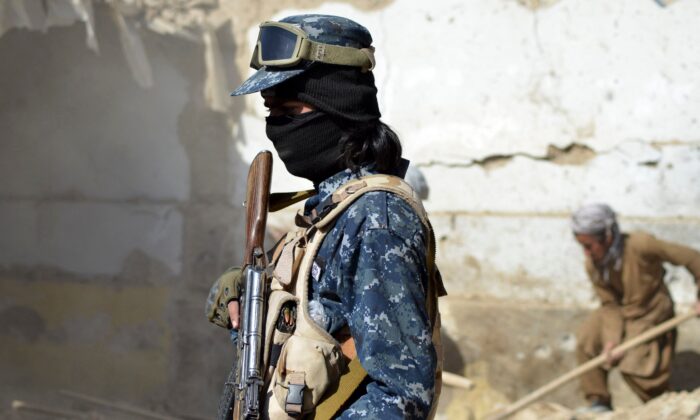 KABUL, Afghanistan—An explosion on the doorsteps of a mosque in northern Afghanistan killed one worshipper and wounded seven others on Friday, the Taliban terrorist group claimed.

Taliban spokesperson Baz Mohammad Sarwari of Badghis Province said the cause of the explosion is unknown but investigations are ongoing.

Sarwari said the wounded were transferred to the provincial hospital while the Taliban secured the area.

The explosion went off while dozens of worshippers had gathered inside the mosque for Friday prayers.