Last year, Alberta’s Chief Medical Officer of Health received the largest cash bonus paid to a civil servant in the province since 2016.

Dr. Deena Hinshaw’s salary in 2021 was $363,634, but she also received an additional cash bonus of $227,911—a record amount since 2016, when the Alberta government started publishing the salaries of its highest-paid public sector employees in what is known as the “sunshine list.” She also received $5,239 in non-cash benefits.

The salary disclosure, required under the Public Sector Compensation Transparency Act, applies to deputy ministers, staff working in the offices of a minister, associate minister, or the premier, and senior officials appointed by an Order in Council and paid by the Alberta government.

Hinshaw was among the over 100 Alberta public sector employees in management positions who received extra compensation during the COVID-19 pandemic, CBC reported.

The bonus Hinshaw received reflected the extra work she put in during the pandemic, Alberta Ministry of Health spokesperson Mark Feldbusch told CBC.

“The scale of the response to this unprecedented public health emergency required an extraordinary amount of additional work from the Office of the Chief Medical Officer, the Vaccine Task force, the Pandemic Response Team and others, which is reflected in the recent disclosure,” he said.

Feldbusch said the bonus covers the time Hinshaw worked in excess of 45 hours per week, although he didin’t say how many overtime hours she worked. He noted that the compensation policy already existed and was applied during other emergencies, such as the 2016 Fort McMurray wildfires and the southern Alberta floods in 2013.

Many of Hinshaw’s counterparts across the country, by contrast, received little or no extra pay during the pandemic.

Ontario Chief Medical Officer of Health Dr. Kieran Moore was paid $235,314 in 2021, and received $287 in benefits, according to the province’s sunshine list.

British Columbia’s Dr. Bonnie Henry was paid $342,292 for the 2020-21 fiscal year, but did not receive any bonuses for pandemic management during that period, CBC reported.

Saskatchewan’s Dr. Saqib Shahab was paid $411,416, an increase of around $78,000 from the previous year, CBC reported. The provincial government, however, declined to disclose whether Shahab got a bonus, citing laws preventing the release of civil servants’ compensation.

Earlier this year, Canada’s chief public health officer Dr. Theresa Tam was reappointed to her position with a hefty pay increase, rising from $265,000 a year to $324,000 a year.

Raducanu Can Become One of World’s Most Marketable Athletes 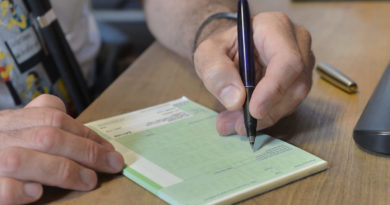