Morrison said the booster program would be essential for the nation to avoid another round of virus infection.

“Thanks to the high vaccination rates, we are now reopening. Our economy is strongly re-emerging, and people can get back to seeing family, travelling, and living a more normal life,” the Prime Minister writes in the letter.

“An important part of this process is ensuring that every person in Australia has access to vaccine boosters to help maintain the best possible defence against serious illness or death.”

“Everyone in Australia is encouraged to take up the vaccine boosters to make sure we can keep each and every one of us safe.”

Over 151 million additional doses of Pfizer and AstraZeneca have been ordered. Fully vaccinated people can get boosters for free at GPs and pharmacists six months after taking their second doses.

Three hundred seventy thousand people have already received their booster shots of a COVID-19 vaccine, according to Lieutenant-General John Frewen, the leader of Australia’s vaccine task force. In addition, over 500,000 people are now eligible for a third dose.

However, experts have said that healthy people do not need to rush for booster shots sooner than six months after their second dose.

“I don’t think we have to rush and get a third shot, potentially you might get more benefit if you wait a while,” Professor Peter Collignon, an infectious diseases expert at the Australian National University, told 3AW’s, Ross and Russel.

The booster push comes as many European countries are forced back into lockdowns during the winter season, and a new COVID-19 variant named the Nu strain has been detected in South Africa.

“What you’re seeing over in Europe at the moment with a further wave, booster shots are very important. So we can keep rolling on,” the Prime Minister told ABC Radio Adelaide on Friday.

Australia currently has 86 percent of the national population aged 16 or above fully vaccinated, with 91.9 percent having received their first shot. 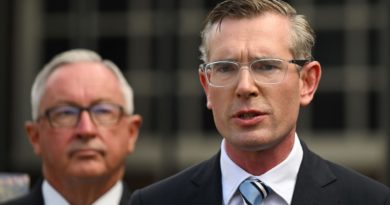