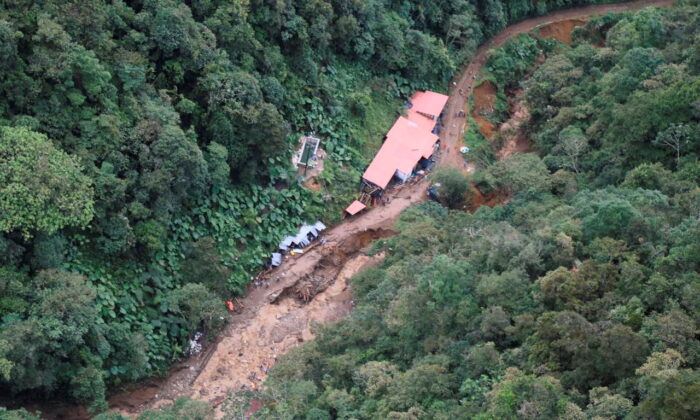 An aerial view of the area affected by a flash flood that flooded a gold mine, in Abriaqui, Colombia, on April 7, 2022. (Courtesy of Goverment of Antioquia/Handout via Reuters)

The death toll from recent heavy rains and flooding in Colombia rose to 13 on Friday, with soldiers working to evacuate residents in the Antioquia region.

Antioquia is one of Colombia’s hardest hit regions. Mining sites in the area were reportedly wrecked by the fierce weather conditions that set off floods and a mudslide.

On Friday, soldiers helped evacuate miners at the El Porvenir mine over a rushing river.

Paola Caro, a local miner, is recovering in hospital after making it out alive. But two other women she was with were not so lucky.

According to authorities, rains in Antioquia have caused more than 100 deaths so far this year.

EU Rolls out Plan to Cut Russia Gas Dependency This Year, End It Within the Decade