The Solomon Islands’ prime minister said Monday that navy vessels from Australia and New Zealand are exempt from a temporary ban that resulted in U.S. and British vessels being turned away in August.

Sogavare added that foreign military vessels responding to a request for assistance from the Solomon Islands government will also be exempt from the ban.

He said the government needed to assess the benefits and risks of military vessel visits to the Solomon Islands as more nations joined in the illegal fishing patrol, including the United States, Britain, Australia, and New Zealand.

“We are not targeting the United States of America,” Sogavare said.

The Solomon Islands alerted U.S. authorities that all naval visits have been halted until further notice following an earlier incident in which a U.S. Coast Guard vessel was denied permission for a scheduled port call.

The U.S. Coast Guard cutter Oliver Henry was participating in Operation Island Chief, along with Australian, New Zealand, and UK vessels, to monitor and prevent illegal fishing activities in the South Pacific. The operation ended on Aug. 26.

The incident comes amid mounting concerns about the influence of the Chinese Communist Party in the region and the ongoing weakening of democratic institutions in the Solomon Islands, with Sogavare relying heavily on Chinese support to weather domestic turmoil.

Australia offered to fund elections in the Solomon Islands next year after Sogavare introduced a bill to delay elections.

“We have made an offer of assistance, and it’s a matter for the Solomon Islands as to whether they respond and how they wish to respond,” she told the Australian Broadcasting Corporation on Tuesday.

Wong did not specify the amount Australia had offered to pay for the elections.

But the move was criticized by Sogavare’s government, which accused Australia of interfering in the internal affairs of the Solomon Islands, calling it “an assault” on the country’s parliamentary democracy.

“The timing of the public media announcement by the Australian government is in effect a strategy to influence how members of parliament will vote on this bill during the second reading on Thursday, Sept. 8, 2022,” the government said.

Sogavare submitted the Constitution (Amendment) Bill 2022 to Parliament on Aug. 8, which aims to delay the national elections by six months until Dec. 31, 2023. Parliament was initially due to be dissolved in May 2023, followed by elections four months later.

The Solomon Islands leader had argued that the country could not afford to hold two major events—the Pacific Games and the election—in the same year. But opposition MPs in the Solomon Islands said the bill was anti-democratic.

“It sets a bad precedent for the future. No prime minister or government should see it necessary to shortcut or undermine parliamentary process, especially on a matter of gravity,” Wale stated.

Daniel Y. Teng and Reuters contributed to this report. 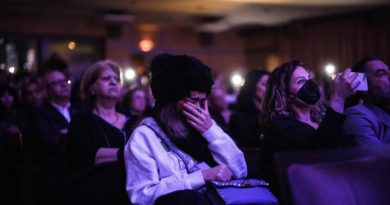