Prime Minister Anthony Albanese has announced his new ministry after the Australian Labor Party secured 77 seats in the lower house, giving the party one more seat than required to form a majority government.

However, Albanese announced that Marles will also take on the role as defence minister, while Gallagher will be given the additional responsibilities of Minister for Women and the Public Service Minister.

In a surprise move, Tanya Plibersek will away from her shadow ministry portfolio of education into a new portfolio and be environment and water minister, while Clare O’Neil will be home affairs and cyber security minister.

Don Farrell has been appointed to trade, tourism and special minister of state, while Tony Burke will be minister for employment, workplace relations and the arts.

Health and aged care will be looked after by Mark Butler, with climate change and energy being overseen by Chris Bowen.

Catherine King will be the new minister for infrastructure, regional development and local government, while Amanda Rishworth will be social services minister.

Linda Burney has been appointed to be Indigenous Australians minister, just the second Aboriginal person to hold that portfolio.

The prime minister also announced Pat Dodson would work alongside Burney as a special envoy for reconciliation and implementing the Uluru Statement from the Heart.

Former opposition leader Bill Shorten will be the next minister for the NDIS and government services, with Mark Dreyfus being attorney-general and cabinet secretary.

Brendan O’Connor will pick up skills and training, and Jason Clare will be in charge of the education portfolio.

Michelle Rowland will keep the portfolio of communications, Ed Husic will be in industry and science, and Madeleine King takes responsibility for resources and northern Australia.

Housing, homelessness and small business will be overseen by Julie Collins, with Murray Watt responsible for agriculture and emergency management.

There will also be some new faces on Labor’s frontbench, with Anne Aly elevated to early childhood education and youth minister, and Kristy McBain in charge of regional development, local government and territories.

Veterans’ affairs and defence personnel will go to Matt Keogh, aged care and sport to Anika Wells, and immigration, citizenship and multicultural affairs to Andrew Giles.

Pat Conroy has been appointed to the defence industry, international development and the Pacific, and Stephen Jones will be assistant treasurer and financial services minister.

The full cabinet will be sworn in at a ceremony at Government House on Wednesday morning.

Of the 30 member frontbench, 16 will come from the right and 14 from the left due to a proportionate split within caucus.

Prime Minister Albanese said there was good balance of new faces and members who had been in the previous Labor frontbench when the party was last in power.

“We had a position whereby I think we have an overflow of talent on our side of parliament … It’s a mix of people who have served in the cabinet before,” he said.

“That will augur well for how the government functions.”

Additionally, by winning the 77th seat in the House of Representatives the party will be able to choose the House speaker from its own ranks while maintaining a majority vote. 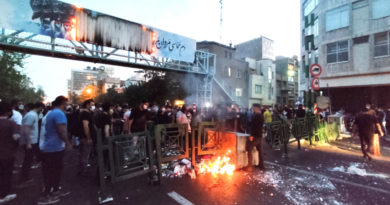