An Indigenous Senator has described the acknowledgment of country as “lip service” as she vowed to “smash the racial stereotype” that Aboriginal Australians should toe the progressive line.

Australia’s acknowledgment of country is a practice where an individual pays respect to Aboriginal people, country, culture and heritage, and is usually done at the beginning of a meeting, speech, and event.

But Liberal Senator Jacinta Price questioned why it singled out Aboriginals instead of paying respect to all Australians. She argued that the acknowledgment has been constantly repeated to the point it becomes “lip service” and “a real divisiveness.”

“I don’t feel there’s a real genuine sort of, you know, sentiment behind it but more like we want to be seen as being non-racist,” she told Sky News on Tuesday. “Nobody’s really learning anything deeper or going beyond anything like that.”

“When I hear things like that on shows like that these days, I just, I can’t help but cringe.”

Her comment comes after Channel 9’s The Block displayed an Acknowledgment of Country before the new season premiere on Sunday night.

“The Block and the City of Melbourne respectfully acknowledges the Wurundjeri Woi, Wurrung and Bunurong Boon Wurrung peoples as the traditional custodians of the land on which this production has taken place, and pay our respects to elders past, present and emerging. Always was, always will be, Kulin Nation land,” it said.

A similar line was repeated by host Osher Gunsberg of Channel 10’s The Masked Singer on Sunday.

“We welcome you tonight from Gadigal land, a place of beauty and abundance, where the sandstone meets the sea,” he said. “We pay our respects to the traditional custodians of this country, and elders past, present and emerging, and extend our respects to any to First Nations, Aboriginal and Torres Strait Island people joining us tonight.”

Supermarket giant Coles has also recently been criticised for including an “acknowledgement of country” on its receipts.

Senator Price also responded to columnist Peter FitzSimons’ accusation that she is “giving racists a voice” for being critical towards implementing an Indigenous Voice in Parliament and for supporting Australia Day.

The Indigenous senator said the status quo “has provided a racial narrative on Indigenous Australians, and we’ve all got to toe that particular line.”

“We have always been expected to toe the line for the benefit of our rights as an entirety and indigenous rights, Aboriginal rights over our own individual rights as women and as in the individuals in our own right,” she told Sky News. 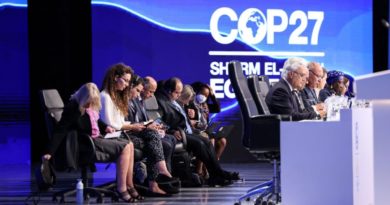