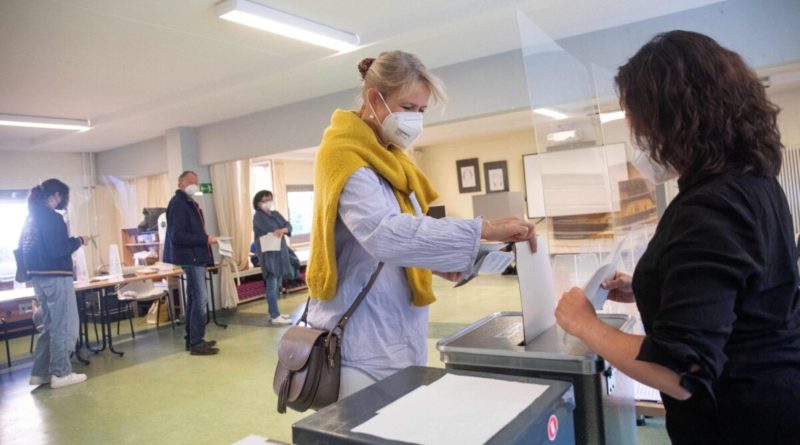 
The 2021 regional parliamentary elections in the capital of Germany must be held again after a number of things went wrong on election day, the Constitutional Court of Berlin declared on Nov. 16.

The court has declared the elections in the state completely invalid after problems emerged including missing ballots or wrong ballots being issued to voters. Another issue was long queues outside many polling stations in the region as voters struggled with extra ballot papers.

Polling stations were supposed to close at 6 p.m., but people waiting in line at that time were still allowed to cast their ballots—at a time when exit polls were already public. In addition, the Berlin Marathon was held on the same day, which resulted in many streets being closed while creating logistical problems for voters.

The initial voting took place in September 2021 on the same day as the Bundestag elections, which are also being partially redone after severe election-day glitches at many polling stations.

The new state elections must take place within 90 days following last week’s ruling. According to the new head of Berlin’s election authority, whose predecessor resigned due to the chaotic 2021 vote, it is expected to take place on Feb. 12, 2023.

Earlier this month, Germany’s Federal Returning Officer Georg Thiel said the 2021 elections saw a “complete systematic failure” as he announced a partial do-over of the Bundestag elections in the near future. He noted that the errors may have had an effect on the distribution of seats in the Bundestag.

The Bundestag lower house of parliament has not yet made clear when Germans must recast their votes in the capital.

A re-run of that election will take place in 327 of Berlin’s 2,256 constituencies. The outcome of the general election’s do-over in the German capital isn’t expected to affect the federal election results.

However, it could be a different story in Berlin’s parliamentary legislature, where the center-left Social Democrats of Mayor Franziska Giffey finished only narrowly ahead of the environmentalist Greens—led by Giffey’s current deputy in a three-party left-wing coalition—in the original state election.

Giffey said her government would not challenge the court ruling and will do everything to make sure the re-run election is well-organized.

“It’s very clear that mistakes were made here that must not happen again, that shouldn’t have happened,” she said.

According to an election poll published by the INSA institute on Nov. 18, the SPD would receive 20 percent of the votes, while the Greens would receive (17 percent) and the opposition Christian Democrats (28 percent). The survey was conducted with 1,314 respondents.