SAO PAULO—Part of a major expressway collapsed on Tuesday above a construction site in the Brazilian city of Sao Paulo where Spain’s Acciona SA. was excavating a tunnel for a new subway line.

No casualties were reported, but it was the latest setback for a much-delayed project that has become a symbol of dysfunctional public construction in Latin America’s largest economy.

Television images showed a lane of the Marginal Tiete expressway caving into a widening pit alongside the construction site of the tunnel under a nearby river for the planned Line 6. The Sao Paulo state metro operator said on its website that tunnels dug for the new subway project had been flooded.

Public safety officials said all 50 workers were able to exit the tunnel and only two were treated for contact with dirty water that gushed through the site.

There was conflicting information as to what caused the flooding and subsequent collapse.

Sao Paulo Governor Joao Doria said in a press conference that a sewage collector owned by water utility company Sabesp was hit, which caused the incident.

But Andre De Angelo, Acciona’s country director in Brazil, said in the same press conference that there was no collision between the excavator and the sewage network.

“We are looking for the causes now. It probably has to do with the rains, with erosion, because the tunneling machine was three meters away from this collector, so there was no collision.”

State prosecutors said in a statement that they had opened a civil investigation into the incident, in which they would seek to determine the precise cause of the collapse and the extent of the damage.

Acciona said in a statement it has taken all required contingency measures after the incident.

The planned 15-km (9-mile) line, one of the largest infrastructure projects underway in Latin America, will join the Brasilandia district of northern Sao Paulo to the city center.

Acciona won the contract worth 2.3 billion euros ($2.59 billion) to develop it after the previous consortium building the subway line exited the project.

Madrid-listed shares of Acciona fell sharply after the incident to close down 2.98 percent.

Since setting up operations in Brazil in 1996, Acciona has worked on water treatment plants in the northeast and developed 200 kilometers of a highway in Rio de Janeiro.

Its other recent transportation projects in recent years include metro lines in Barcelona, Dubai, and Vancouver.

By Eduardo Simões and Leonardo Benassatto 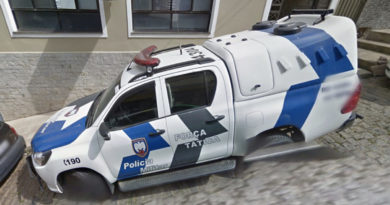