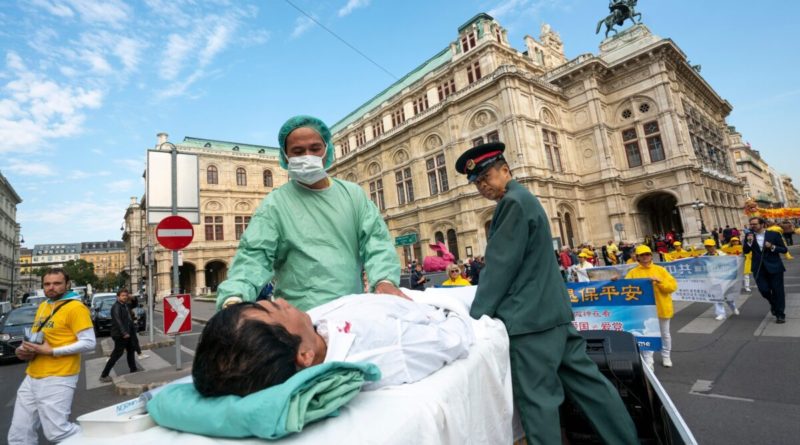 
MPs of all political stripes have voted in favour of a Senate bill that would create new offences in relation to forced organ harvesting and trafficking—passing it after nearly 15 years of legislative efforts with similar bills.

In the House of Commons on Dec. 14, MPs across party lines cast their vote in support of Bill S-223, an anti-forced organ harvesting legislation introduced by Sen. Salma Ataullahjan last November.

Once the bill receives royal assent and officially becomes an act of Parliament, Canada will join the ranks of countries such as the UK, Italy, Israel, Belgium, Norway, Spain, South Korea, and Taiwan that have passed legislation to combat forced organ harvesting, organ transplant tourism, and organ trafficking.

Winnipeg-based human rights lawyer David Matas, who has researched the Chinese regime’s organ harvesting of Falun Gong adherents, said the passage of the legislation means lives will be saved.

“Stopping organ harvesting would mean that innocents would cease to be killed for their organs, an important result, if it does happen, since there are many victims of this abuse,” Matas said in an email statement on Dec. 13.

In 2006, Matas and the late former MP and cabinet minister David Kilgour released the ground-breaking report “Bloody Harvest”—later followed by a book of the same name in 2009—which concluded that the Chinese communist Party (CCP) was implicit in forced organ harvesting from Falun Gong practitioners on a large scale, killing them in the process, to sell their body parts for profit.

Falun Gong is a meditation and spiritual discipline based on the principles of truthfulness, compassion, and tolerance. Under the rule of then-leader Jiang Zemin, the CCP launched a far-reaching campaign of persecution against the practice in 1999, which continues to this day.

It will also amend the Immigration and Refugee Protection Act to deny a permanent resident or foreign national access to Canada if they have engaged in activities relating to the trafficking of human organs.

While testifying before a Senate committee last April about Bill S-204, Bill S-223’s predecessor, Kilgour noted that many countries already have laws in place to combat organ trafficking, and said it’s “embarrassing” that Canada doesn’t yet have such legislation.

In 2013, then-Liberal MP Irwin Cotler introduced similar legislation, Bill C-561, which didn’t manage to pass into law. After Cotler retired, Genuis reintroduced the legislation as Bill C-350 in the 42nd Parliament, but it only completed a first reading.

In December 2019, Ataullahjan put forth Bill S-204, but after Prime Minister Justin Trudeau prorogued Parliament in 2020, all legislative business ceased and the bill had only passed its first reading at the Senate.

All three MPs have said their efforts to fight organ harvesting crimes was inspired by Matas and Kilgour’s book “Bloody Harvest.”

In 2016, Matas, Kilgour, and investigative journalist Ethan Gutmann jointly published a 680-page report on forced organ harvesting in China. They estimated that Chinese hospitals performed 60,000 to 100,000 transplant surgeries on a yearly basis, and that the chief source of the organs was Falun Gong practitioners.

Speaking in Parliament on Dec. 5, Liberal MP Sameer Zuberi, a sponsor of Bill S-223, said the bill is a critical piece of legislation that would “help us address a grave and serious human rights concern” and sends a “clear and strong signal that we as a country do not accept this [crime].”

Zuberi noted that the Criminal Code does not address criminality with regard to organ harvesting outside of Canada, which the bill aims to address.

Genuis said Bill S-223 recognizes a basic moral principle that killing people or exploiting them for their organs is wrong and should be stopped anywhere it occurs.

“The absence of any limits on national sovereignty aimed at protecting universal human rights would create a reality in which we would look the other way when nations would commit the most dastardly crimes toward their own people,” he said in the House on Dec. 5.

“Any moral person who believes in justice and universal human dignity must, at a certain point, refuse to consent to allowing certain evils to be committed in the name of national sovereignty.”

NDP MP Alistair MacGregor said he was glad there is recognition among MPs that Bill S-223 is an important and long-overdue change to criminal law.

“I think it sends a strong message to people who live around the world, who are not only facing these barbaric practices under regimes such as China,” he said the same day.

Bloc Québécois MP Kristina Michaud said it is the duty of MPs to legislate Bill S-223 because it is “a step in the right direction when it comes to fighting organ trafficking.”

“This is a matter of organized crime with many offenders, recruiters, transporters, hospital clinic personnel, health professionals who carry out the surgery, intermediaries, buyers, organ banks—there are many actors involved,” she said.

During the second debate of the bill’s third reading on Dec. 7, Conservative MP James Bezan noted that though Bill S-223 is receiving support from all parties, parliamentarians need to ensure “we can step up” to sanction those involved in the illicit organ trade from entering Canada by using the Magnitsky Law.

“We also need to make sure that those who know they are purchasing organs through this gross human rights violation of illegal organ harvesting face the full cost and full force of law here in Canada.” 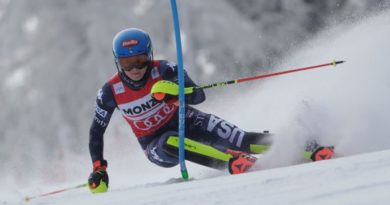