MPs have voted unanimously to support a report that calls on the Canadian government to expand existing immigration measures to accommodate Uyghurs and other Turkic Muslims who are fleeing the repression of the Chinese communist regime.

The motion, introduced by Conservative MP Garnett Genuis, was adopted on Oct. 25. MPs voted 258 to 0 in support of a recent report from the House Standing Committee on Citizenship and Immigration urging the government to provide safe haven for the Uyghurs in China who are targets of “an ongoing genocide.”

The report also noted that many victims who fled to third countries “are at continuing risk of detention and deportation back to China, where they face serious risk of arbitrary detention, torture, and other atrocities.”

To provide relief to these victims, the committee asks that Ottawa extend the existing special immigration measures to Uyghurs and other Turkic Muslims, including the expansion of biometrics collection capabilities in third countries and the issuance of Temporary Resident Permits and single journey travel documents to those without a passport.

The committee also asked that the government allow displaced Uyghurs in third countries, who are at risk of detention and deportation back to China, to seek refuge in Canada, and to waive the requirement that they be first designated as refugees by the United Nations High Commissioner for Refugees.

The government was given a 30-day limit to provide a comprehensive response to the committee.

The House of Commons is currently voting on a motion to re-affirm it’s recognition of the #UyghurGenocide and to call for special immigration measures to assist Uyghur refugees. The Liberal cabinet fled the chamber – they are abstaining again. Cowards. #cdnpoli #Uyghur

Genuis, who is the shadow minister for international development, criticized Prime Minister Justin Trudeau’s cabinet for abstaining in the vote.

International Trade Minister Mary Ng initially broke ranks with her party and voted to endorse the report, though a spokesperson from her office later said the minister made a mistake and had intended to also abstain, according to Globe and Mail reporter Steven Chase

The federal cabinet also abstained when MPs were voting on a similar motion in February 2021, when the House of Commons first recognized Beijing’s mistreatment of the Uyghurs and other Turkic minorities to be genocide.

The House of Commons this week is debating another motion in relation to providing humanitarian assistance to the Uyghurs who are facing the genocide carried out by the Chinese Communist Party (CCP).

The motion, M-62, was introduced by Liberal MP Sameer Zuberi, who called on Ottawa to use Immigration, Refugees and Citizenship Canada’s (IRCC) Refugee and Humanitarian Resettlement Program to expedite the entry of 10,000 Uyghurs and other Turkic Muslims into Canada over a period of two years starting in 2024.

M-62 asked the government to recognize that “Uyghurs and other Turkic Muslims that have fled to third countries face pressure and intimidation by the Chinese state to return to China,” where they would face even more serious atrocities, including mass arbitrary detention, mass arbitrary separation of children from their parents, forced sterilization, forced labour, and torture.

“The international community, in 2005, said that these types of international crimes must be prevented. Therefore, each and every country has a responsibility to protect when we see crimes against humanity occurring, or the threat of them occurring,” Zuberi said at the House of Commons debate on Oct. 26.

The first hour of debate for #M62, my motion to resettle 10K #Uyghurs took place today.

As an MP and as a Canadian, it is my duty to shed light on the genocide unfolding in 🇨🇳

I am asking all Parliamentarians to join me in doing something about it.

We must offer them asylum. pic.twitter.com/jLeWwF5z37

On Oct. 26, more than 160 Uyghur Canadians, wearing T-shirts that read “We were all once refugees,” registered to attend the visitor’s gallery in the House of Commons to watch the parliamentary debate on M-62, said Mehmet Tohti, executive director of the rights group⁦ Uyghur Rights Advocacy Project (URAP).

“Parliament’s actions are bringing hope to many thousands Uyghur Refugees stranded in the third-party states and who live in fear of deportation back to Communist China,” the URAP said in a Twitter statement.

There were similar calls for opening doors to Uyghur refugees in Parliament.

In 2019, a Commons subcommittee on human rights published a report, recommending the IRCC use existing refugee programs and create an exceptional stream to expedite entry to accommodate Uyghurs and other Turkic Muslims who are in need of protection from CCP repression, especially human rights defenders. The report also said the Canada Border Services Agency should suspend the removal of Uyghurs and other Turkic Muslims to China or other states where they are at risk of deportation. 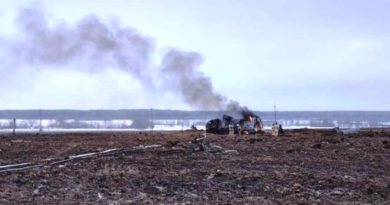