Internal government research by six focus groups in various regions across the country found that many participants expressed concern with several areas of Ottawa’s management of the pandemic.

The March 2022 report was prepared for the Privy Council Office and delivered on May 16. The Federal Accountability Act orders all confidential polling that the government does to be open to the public within six months of its release. The report was obtained and originally reported by Blacklock’s Reporter.

“Discussing whether the Government of Canada’s management of the pandemic at present [March 2022] was better, the same or worse when compared to earlier stages of the pandemic, participants expressed a variety of opinions,” said the report titled Continuous Qualitative Data Collection Of Canadians’ Views.

‘Unfairly Treated by the Government’

“A number of participants expressed disappointment regarding the continued implementation of federal vaccine-related mandates… A few also felt those who had lost their jobs due to their lack of compliance with federal vaccine mandates had been unfairly treated by the Government of Canada, believing individuals’ careers should not have been impacted by what they perceived to be personal health decisions,” the report said.

Some participants felt that mandates were contradictory, such as when indoor mask mandates were lifted but still required in primary and secondary schools or how gyms and fitness studios were closed, but malls and restaurants were allowed to be open.

The entire group of participants in Newfoundland viewed vaccine requirements to be “largely harmful,” referring to them as “divisive and “ineffective.” They felt that those who had made the personal decision not to get vaccinated were unfairly targeted.

“Some felt more emphasis should have been placed on acknowledging the perceived protection provided by natural immunity gained by those who had previously recovered from COVID-19, while others were of the opinion that public health officials should have placed a greater emphasis on encouraging Canadians to live healthier lifestyles in general, rather than focusing on vaccines as the primary means to protect Canadians,” the report stated.

The group in Manitoba found that the government’s efforts had little impact overall and were concerned about the divisiveness and anxiety caused by the handling of the pandemic; in particular, the youth’s mental health was a concern.

“A few [of the Manitoba participants] specifically mentioned adopting rigorous sanitizing and hand washing practices, which they felt had served to reinforce pre-existing phobias they held regarding the spread of viruses and bacteria,” the report added.

A number of participants who either contracted the virus themselves or had someone close to them contract it “felt this experience had generally served to provide greater reassurance that the virus was manageable in most situations.”

Overall, most participants felt things were returning to normal and were no longer concerned about the virus.

Although some participants were satisfied with the prompt delivery of financial support and the government’s job of keeping the public informed at the initial stages, the report also showed that financial support programs, such as the Canadian Emergency Response Benefit (CERB), were perceived to be mismanaged with a lack of oversight that helped lead to labour shortages.

CERB was one of the first COVID-19-related relief programs passed by Parliament in March 2020, shortly after the pandemic started. The program offered a $2,000 per four-week payout to those who had their employment affected by the pandemic.

At first, CERB was expected to cost the Canadian government $24 billion. By Aug. 16, 2020, nearly 8.6 million people received $70 billion. The records say that the program ended up paying out $81.6 billion.

According to a Sept. 20 Inquiry of Ministry reported by Blacklocks, 1.7 million people, around 19 percent, received CERB benefits but did not qualify. Those figures did not include payments to high school students who received $636 million, about $186 million of which went to 15-year-olds.

David Wagner is an Epoch Times reporter based in Winnipeg. 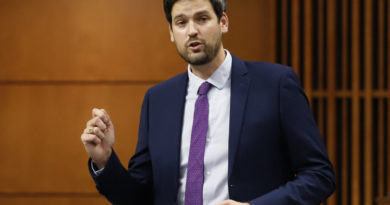