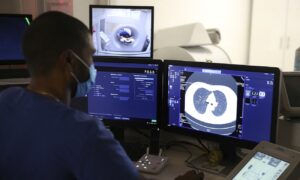 Australia in 2022 has so far seen an increase in deaths from cancer, dementia, and diabetes.
The findings from the Australian Bureau of Statistics (ABS) come after elective surgeries were suspended during the pandemic years over concerns hospitals could not cope with the volume of extra patients.
The ABS found 75,593 deaths occurred since the start of this year to May 31. This is 10,757 or around 16.6 percent higher than the historical average recorded from 2015 to 2019. The ABS attributed 4,465 deaths to COVID-19.
However, there was also an increase in the number of deaths from January to May due to dementia, including Alzheimer’s disease—deaths increased from the historical average of 5,611 to 6,763, representing a 20.5 percent rise….