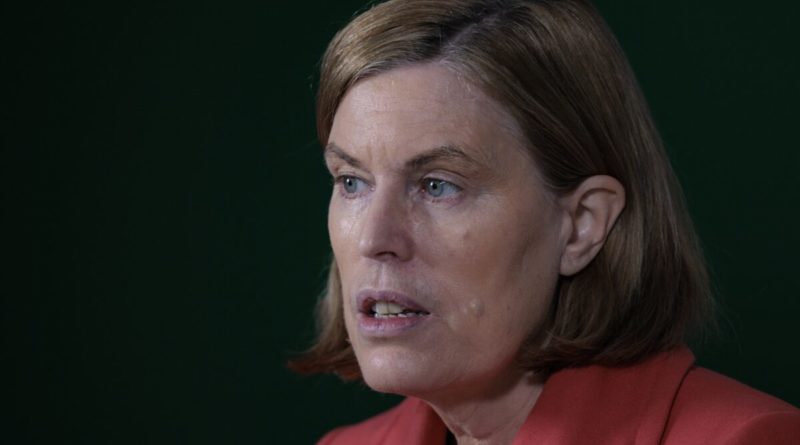 
The chief health officer of Australia’s most populous state has defended the COVID-19 vaccine in response to calls from a prominent medical expert after she suffered severe side-effects from the jab, compelling her to call for more transparency around vaccine injuries.

Former president of the Australian Medical Association, Dr. Kerryn Phelps, who had been a passionate advocate of vaccination, says she suffered neurological and rheumatological conditions including breathlessness and blood-pressure fluctuations after her COVID-19 vaccinations around 18 months ago.

Yet she tried to openly discuss the issue she says she faced “obstruction and resistance,” according to her submission to a federal Parliament inquiry into Long COVID.

“Vaccine injury is a subject that few in the medical profession have wanted to talk about,” Dr. Phelps wrote.

“Regulators of the medical profession have censored public discussion about adverse events following immunisation, with threats to doctors not to make any public statements about anything that ‘might undermine the government’s vaccine rollout’ or risk suspension or loss of their registration.”

New South Wales’ Dr. Chant said she would personally investigate the injuries suffered by Phelps but stood by the COVID-19 vaccine.

“Vaccines of all ilks can be associated with side effects, but on balance being vaccinated is the safest thing and the best thing,” she said.

“I’ll follow up with Dr. Phelps, obviously, it is the Therapeutic Goods Administration that investigates these sorts of things, but it is important to know that the community is reassured that we take these things very seriously,” she said.

“It’s also important to know internationally many vaccines have been given, so we can also use the data that’s been collected internationally to inform those risks and benefits of vaccination.”

“A key to achieving high coverage is confidence, which requires transparency about vaccine safety, as well as factual and empathic communication,” they wrote.

Known Side Effects from the Jab

Medical authorities have outlined several known side-effects of the vaccine.

For instance, the AstraZeneca vaccine has seen people suffering from thrombosis with thrombocytopenia syndrome (TTS), a blood clotting disorder that can cause long-term disability and death. It occurs in around one in 50,000 doses of the vaccine, with 173 cases reported in Australia.

Messenger RNA vaccines have been linked with myocarditis, an inflammation of the heart muscle, more frequently, especially in teenage boys and young men, which can cause serious disease and prolonged symptoms.

While these conditions have been acknowledged, Phelps said medical professionals continued to be cautioned against speaking out of turn.

A guideline from the Australian Health Practitioner Regulation Agency states: “Any promotion of anti-vaccination statements or health advice which contradicts the best available scientific evidence or seeks to actively undermine the national immunisation campaign (including via social media) is not supported by National Boards and may be in breach of the codes of conduct and subject to investigation and possible regulatory action.”

Jessie Zhang is a reporter based in Sydney covering Australian news, focusing on health and environment. Contact her at jessie.zhang@epochtimes.com.au.

30 PM ET: ‘The CCP Runs the Table Throughout the Western Hemisphere’: Webinar From the Committee on the Present Danger: China