China’s stock market rebounded on the afternoon of Oct. 25, with its A-share index continuing the upward trend on Oct. 26 after plunging on Oct. 24. However, a financial analyst believes that the stock market recovery is a result of government intervention to appease investors, which will only have a short-term effect.

On June 27, 1997, the last day of stock market trading before Hong Kong’s hand-over to the Chinese communist regime, the Hang Seng Index closed at 15,196. That means, the index fell to the same level as 25 years ago overnight.

The situation of A-shares was similar. The three major indices started to rebound on Oct. 25, ending the net outflows of foreign capital seen for the previous six trading days.

Mike Sun, an investment strategist and China expert residing in North America, told The Epoch Times on Oct. 27 that Black Monday’s plunge was global investors’ response to Beijing’s new leadership after the 20th National Congress, while the rebound must be the result of government intervention.

“With the new leadership introduced to the public [at the closing ceremony of the 20th Party Congress], investors have a pessimistic outlook for China’s future economic development, so a large amount of capital, especially off-shore capital, flowed out, hurting both the stock market and the value of RMB,” Sun said.

“Of course, some investors would act on the rebound by entering the stock market,” he added.

Sun explained that the Chinese authorities definitely want to save the market to avoid large-scale flight of capital out of China, and their efforts can certainly provide a short-term protective effect.

“But the long-term trend depends on whether the economy will experience stable development,” he said.

Chinese state media China Finance reported on Oct. 26 that the central bank and foreign exchange bureau claimed that they would strengthen collaboration to protect the stock, bond, and property markets.

“China’s central bank is determined not to raise interest rates, and it is even lowering interest rates against the backdrop of aggressive interest rate hikes in the United States, in order to protect the property market, and consequently protect the banks, to avoid a financial crisis,” Sun explained.

Although the Chinese authorities have introduced multiple incentives to boost the real estate market this year, official figures so far show that China’s property market is still in the doldrums.

On Oct. 24, China’s Bureau of Statistics released the September sales data for 70 large and medium-sized cities. Of these 70 cities, 54 experienced price drops for new homes and 61 cities saw price drops for pre-owned homes.

Wang Xiaolu, deputy director of the National Economic Research Institute (NERI), a non-profit organization founded in 1996 for the study of economic theory and policy, discussed the outlook of China’s property market at a financial forum on Sept. 21. He pointed out that China’s urban housing inventory is close to saturation. Even if the current pace of construction is maintained with no further growth, on average, one-third of new housing each year will represent a surplus, he said.

Kellogg’s Fights British Government’s Ban On The Promotion Of Foods High In Fat, Sugar, and Salt 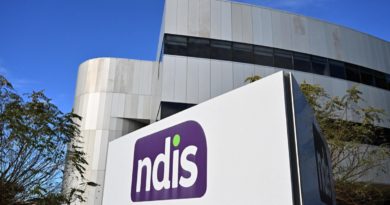