Chinese leader Xi Jinping is set to visit Kazakhstan next week for talks with the Kazakh government as China seeks to expand its bilateral cooperation with the country.

This will be Xi’s first trip abroad since the start of the COVID-19 pandemic. Smadiyarov said the two leaders are expected to sign “a number of bilateral documents” but did not elaborate on the meeting.

China has been stepping up engagement with five Central Asian nations—Kazakhstan, Kyrgyzstan, Tajikistan, Turkmenistan, and Uzbekistan—which observers said may be reconsidering their ties with Russia as the Russia–Ukraine war drags on.

Chinese foreign minister Wang Yi attended the third China+Central Asia (C+C5) foreign ministers meeting in Kazakhstan on June 8, during which the ministers reached a 10-point consensus on cooperation in a wide range of areas, including the Belt and Road Initiative (BRI).

Wang met with Tokayev ahead of the summit and called on Central Asian nations to avoid getting into “major power conflicts.” China’s Foreign Ministry said that both sides expressed “deep concerns about the serious spillover impacts of the Ukraine crisis.”

Analysts said the Russia–Ukraine war had prompted Central Asian nations to “re-evaluate” their long-term bilateral ties with Russia, which has been hit with a barrage of Western sanctions since its invasion of Ukraine.

Kazakhstan has close ties with China, supplying minerals, metals, and energy to its eastern neighbor and shipping goods between China and Europe.

When massive protests broke out in Kazakhstan and Tokayev ordered the military to open fire without warning on protestors, Xi praised the Kazakh president’s actions in the situation as “decisive” and “strong.”

Kazakhstan’s protest in January was triggered by the sudden sharp increase in gas prices. International observers believe there are deeper reasons behind the Chinese Communist Party’s (CCP) support of the Kazakhstan government.

Su Ziyun, a military expert at the Taiwan Institute for National Defense Security, said the CCP wants to back Kazakhstan because of geopolitics, energy security, and the economy.

Su said that China has invested nearly $23 billion in construction projects of its Belt and Road Initiative in Kazakhstan. If the political situation in Kazakhstan is unstable or the regime changes, these Chinese investments may be at risk.

As to why Xi expressed support for the current Kazakh government, Su believes that if the color revolution in Kazakhstan succeeds this time, the people who oppose the BRI scheme will join forces, which will definitely change the CCP’s investment in the country.

Alex Wu and Reuters contributed to this report. 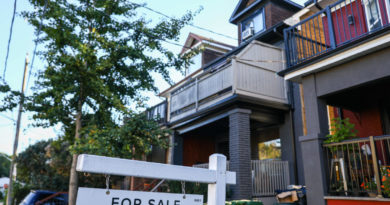