OTTAWA—Conservative leadership chair Ian Brodie says he doesn’t see any scenario in which the race could be delayed, even as party faithful fret over the long wait to certify memberships.

In a statement posted on Twitter, Brodie said candidates signed up “many, many new members” before last Friday’s deadline and party staff are working to get voter lists to the campaigns.

Officially the party has been silent on the number of memberships candidates have wrangled into the tent for this leadership race, but party insiders suggest it could be as many as 600,000 — a party record.

Former Milton MP Lisa Raitt says the party is six to eight weeks behind confirming all those memberships, and she worries about the party’s ability to get ballots to the voters in time.

“They can’t process them, they can’t send out ballots, they can’t count ballots. I mean, I don’t know where this is going,” Raitt said, speaking on the Curse of Politics podcast Tuesday.

“I am more worried about how this process is going to unroll than I am anything else.”

Brodie says he expects the party will meet all the deadlines set out in the leadership election rules.

The rules and procedures state the party must send voter lists to returning officers by July 8, but doesn’t have to provide the final list to candidates until July 29.

Several camps have pressured the party to release a preliminary voter list as soon as possible, which is key for candidates who hope to win over their opponents’ supporters before the vote in September.

Roman Baber’s campaign released a statement Tuesday, suggesting to delay the release of the preliminary list would mean “significant prejudice” to his campaign.

The only candidates to release the number of memberships sold were Pierre Poilievre with more than 311,000, Patrick Brown with more than 150,000 and Jean Charest with “tens of thousands.”

Baber, Scott Aitchison and Leslyn Lewis have not boasted about their membership sign−ups.

Poilievre’s spokesperson Anthony Koch says the campaign has full confidence in the party to meet its deadlines.

“We would hate to see other campaigns begin to cast doubt on a fair and impartial process given Pierre Poilievre’s success in selling memberships across Canada,” Koch said in a statement.

The leadership election is set to take place Sept. 10. 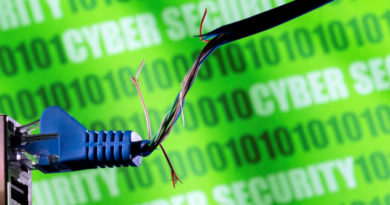