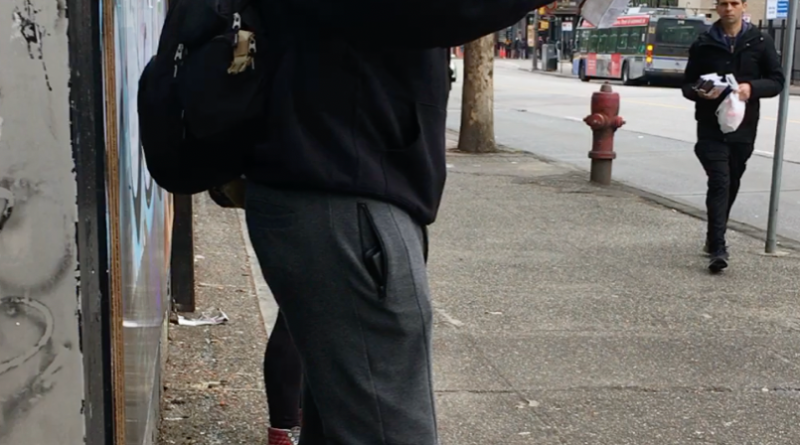 
Criminal charges of mischief and creating a disturbance have been dropped against street preacher Steven Brown, who was arrested in the summer of 2021 while sharing his religious views on a Vancouver public sidewalk.

His lawyer, Carol Crosson, says the charges never should have been laid. Brown now intends to pursue further legal action against the Crown for alleged misconduct, wrongful arrest, and violation of his Charter rights.

Crosson argues street preaching has been a normal and protected part of western society for centuries.

Dan McLaughlin, a spokesperson for the BC Prosecution Service, says that as the case has been “concluded,” there will be no further comment made about any of the allegations.

Court documents filed by Crosson allege that the city’s initial response to street preaching came in the form of condemnation from then-mayor Kennedy Stewart.

On Sept. 2, 2020, Stewart posted on social media, saying, “The anti-2SLGBTQ+ preaching that has been occurring in the Davie Village is unacceptable and will not be tolerated.”

“I’m hearing from the community and working to put in place policies to address the harm that has been caused. Hate has no place in Vancouver,” he said in a post on a now-deleted Twitter account.

On the same date, Stewart said he wanted “to put in place policies to address the harm and violence caused by the reprehensible anti-2SLGBTQ+ preacher and his associates.” Davie Village is Vancouver’s gay district, known for its rainbow crosswalk.

In an interview with The Epoch Times, Brown says he preaches generally about the Bible’s views, and nothing specific about LGBT issues. Some people simply “hate the message,” he says.

“I like reciting memorized Bible verses,” says Brown, who is married and has a seven-year-old son. He sometimes uses an amplifier and stands on a stool to preach his religious message.

Throughout 2021, Brown periodically shared his beliefs peacefully in public. He says he doesn’t block traffic, doesn’t impede anyone, and doesn’t ask for money, unlike many of the buskers and street performers he says panhandle at the same intersection.

A police memo sent to City Council on Feb. 2, 2021 (The Enhanced Report Response Memo), indicated that in response to public complaints about “undesirable noise,” street preachers complied with police requests to turn down their volume.

The court filing says the Vancouver Police Department (VPD) also received a number of complaints from “the 2SLGBTQ+ community” who alleged the street preachers “caused offence and emotional stress” to the gay community because of their religious expression.

Sergeant Steve Addison, a VPD spokesperson, told The Epoch Times, “We do not have a specific policy related to street preaching. We enforce the statute and common law.”

Most cities have bylaws related to noise, streets and traffic, and obstructing traffic.

On April 3, 2020, Brown was issued a noise bylaw ticket. It was later withdrawn. On April 17, 2020, Brown was arrested while street preaching without an amplifier. He spent the night in jail and was released without being charged.

In the fall of 2020, VPD received at least 10 specific complaints about street preachers and prepared the “Street Preacher Complaint Report,” dated Dec. 18, 2020. The complaints alleged preachers were “loud” and another described them as “evangelical preachers.”

The Dec. 2020 report determined that street preachers were not violating any laws. Experts from VPD’s Hate Crimes Unit, Major Crimes Section, and VPD’s legal team “concluded that none of the alleged actions by the street preachers constitution a violation of Criminal Code laws concerning hate speech or promoting hate.”

“Canadian law protects a party’s lawful freedom of expression even where that expression incites others to wrongfully breach the peace because they find the content objectionable. To date none of these street preachers have been successfully charged and convicted under Canada’s hate laws,” read the report.

The 2021 memo also cautioned police about being in conflict with Charter rights, and “attempting to enforce by-laws institutions involving demonstrations, freedom of speech and or freedom of religious expression.”

“There are no laws in Canada that police can (or should) exercise to prevent a person from expressing their constitutionally protected opinions or views. This protection includes religious and any other opinions even where such views are widely unpopular, distasteful, or even offensive in nature…” said the memo. It added that City Council did not have “the power to regulate the content of speech.”

According to Brown’s legal documents, he was investigated by Constable Bryan Watson from May 8 to June 9, 2021. Watson works as part of VPD’s diversity division doing outreach with Vancouver’s LGBT community. Watson is also vice president of ‘Out on Patrol,’ a “non-profit peer support organization for 2SLGBTQ+ members of law enforcement.”

Heavily redacted notes from Watson on June 9, 2021, filed in legal documents, said street preachers were loud, but that there was “no complaint to establish [an] offence.” He said more commonly, people call police due to the preaching and “angry citizens take it upon themselves to confront preachers and then get into physical altercations.”

Despite this, Watson said he was requesting “the assistance of the criminal justice system for this issue.” On July 2, 2021, a warrant was issued for Brown’s arrest, on criminal charges of mischief and causing a disturbance allegedly between July 2, 2020, and May 1, 2021.

Brown says he was arrested one day, along with two other street preachers, “while packing up.”

“There were 12 of us, multiple preachers hitting the speakers. It wasn’t just me preaching,” says Brown. “I wasn’t asking for money. I want people to hear about God.”

McLaughlin confirmed to The Epoch Times that the charges against Brown were stayed, as the Crown concluded the matter would fail the two-part test required to prosecute criminal charges. The Crown must measure “whether there was a substantial likelihood of conviction; and, if so, whether the public interest requires a prosecution.”

Brown says he is relieved and pleased the charges against him were dropped but wanted his day in court.

“After all I’ve dealt with, I think there is a principle here. Other people are allowed to play music with speakers, why can’t I, as a Christian, speak my truth,” he says.

“It was a horrible path…because people didn’t like my message,” he says of his arrests.

Crosson says she intends to pursue legal action regarding the crown’s conduct in this case on behalf of Brown.

“While all of us may not choose to preach from the Bible on a city street, we all typically value the opportunity to share our own opinions and beliefs without the state’s criminalization of that exercise,” says the lawyer. 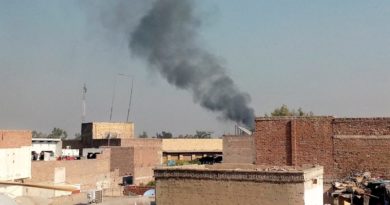