In the past year and a half since Sebastian & Co Fine Meats opened for business in downtown Vancouver, the butcher shop has been hit by severe vandalism five times.

Owner Sebastian Cortez says businesses like his are becoming increasingly troubled by surging crime rates in the city, which he attributes to the burgeoning drug crisis.

“It’s not like spray paint—it’s like big, massive shattered windows and people coming in here robbing, looting,” Cortez told The Epoch Times. “We’ve been dealing with all of that for a while now.”

In a recent incident on Oct. 3, at around 4:30 a.m., two men smashed the shop’s front window and fled with the cash register, Cortez said.

Just a week later on Oct. 10, at around 5 a.m., a glass door at the shop was smashed in. Cortez said one male suspect caught on the security camera seemed to be looking for the cash register, which had yet to be replaced after the previous theft. Failing to find what he was looking for, the suspect instead took two office printers but dropped them after exiting the shop, when someone appeared to have “spooked him,” according to Cortez.

Before Cortez could make his way to the shop after being alerted by police about the Oct. 10 break-in, police detained another woman who strolled in past the broken glass and started hurriedly putting products into her bag.

“Of course, she got arrested. The police were right there,” Cortez said.

He said his is not the only business in town troubled by increased crime, pointing to a recent incident on Sept. 30, where a man and a woman robbed a clothing store, using bear spray to attack store employees in the process. The clothing store is about a four-minute walk from Cortez’s shop on the corner of Howe St. & Drake St.

“Every single day there’s something going on around even our area,” he said, noting his store is in a relatively more upscale neighbourhood than other parts of downtown where the crime situation is “a disaster.”

Cortez said the five vandalism incidents have amounted to an estimated $40,000 in financial losses, though he said the costs were mostly related to repairing property damage.

Vancouver is among 38 Canadian cities ranked on Numbeo’s global crime index of 434 cities worldwide. The city’s problem of “people using or dealing drugs” is rated “high” on its index, with a value of 72.31 on a scale of 100. Property crimes like vandalism and theft were given a value of 51.57 out of 100.

Cortez contributes the surge in crime to the city’s illicit drug crisis and the increasing lack of penalties for drug offences.

“The city of Vancouver, it’s honestly like a zombie land,” he said, noting substance abusers used to congregate in the city’s notorious Downtown Eastside, “but now they’re spread out all over the city.”

“And that’s contributing to a lot of crime happening in the city—businesses have been getting attacked,” he said. “Most of it is not even robberies, it’s just more vandalism.”

Cortez said police officers he’s spoken with are also getting frustrated with the municipality’s approach to drug abuse and drug-related crime.

“The police are getting super frustrated. They told me they are getting frustrated with the City of Vancouver because [police are] working so hard, they’re catching a lot of people, they’re enforcing their authority, but the city is just releasing everyone back out on the streets,” he said.

While some candidates in Vancouver’s upcoming civic election on Oct. 15 have suggested a bigger budget allowance for new officers be added to the city’s police force in order to address rising crime, Cortez argues “that’s not going to help unless we change the system.”

“The main problem that I think the City of Vancouver has is that [drug offences are] not being punished.”

Cortez said after he spoke to media about his experience, he heard from many others “upset and angry” with Vancouver Mayor Kennedy Stewart, whose government has been pushing policies that provide a so-called “safe supply” of drugs.

“So many people came up to me, so upset and angry at the mayor because everyone is just extremely frustrated. No one wants to live here anymore,” he said.

In July 2019, Vancouver City Council approved a “safe supply statement,” calling on the government to fund the prescription of substances for illicit drug users, saying overdose deaths “could be prevented if people could access a regulated safe supply.” An Enhanced Access program launched in April 2022 is also prescribing fentanyl.

British Columbia also announced in May that residents will not be arrested or charged for possession of small amounts of illicit drugs for personal use, with the exemption taking effect between Jan. 31, 2023, and Jan. 31, 2026. This applies to all B.C. residents aged 18 and older who are in possession of up to 2.5 grams of certain hard drugs, including heroin, morphine, cocaine, methamphetamine, and MDMA.

The Epoch Times reached out to Mayor Stewart and the Vancouver Police Department for comment but didn’t hear back. 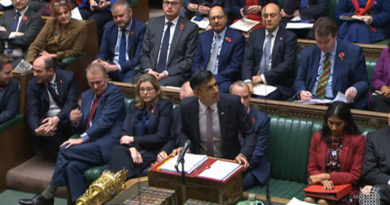 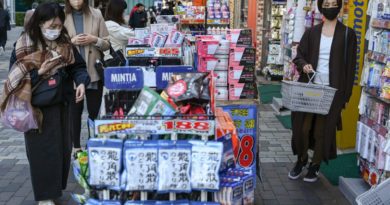