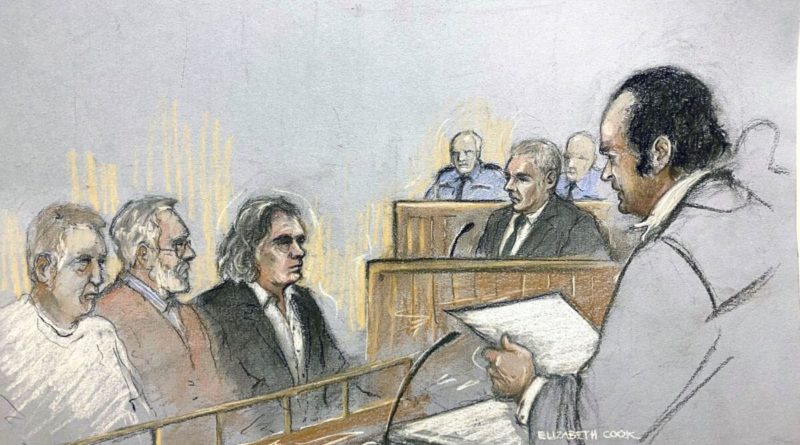 
A former Sinn Fein councillor has testified that alleged Irish gangland boss Gerry Hutch told him he was one of two men who killed an associate of underworld rival Daniel Kinahan at a boxing press conference in Dublin in 2016.

Hutch—who has been known as “The Monk” since murdered journalist Veronica Guerin gave him the moniker in the 1990s—is on trial for the murder of David Byrne at the Regency Hotel on Feb. 5, 2016.

Jonathan Dowdall said a few days after the shooting that Hutch asked him to contact dissident Irish republicans in Northern Ireland in a bid to resolve the underworld feud with Kinahan’s gang, but he said he knew it would be a “waste of time.”

The Regency Hotel attack was allegedly carried out in revenge by Hutch after his nephew Gary was shot dead in Spain in September 2015, supposedly by the Kinahans.

In the wake of the Regency Hotel shooting at least 16 people were killed in tit-for-tat attacks blamed on the so-called Hutch–Kinahan feud.

Jonathan Dowdall, 44, and his 65-year-old father Patrick pleaded guilty at the start of the trial to facilitating Byrne’s murder, after a deal with the prosecution, and on Monday he began testifying against Hutch at the Special Criminal Court in the Irish capital.

Dowdall said on the eve of the shooting, his father collected a key card to a room at the hotel which was being used by one of the gunmen. He said he saw the key card being given to Hutch.

Byrne, 33, was shot dead when six gunmen, dressed as police officers and armed with AK-47 assault rifles, attacked associates of Kinahan at a weigh-in for a WBO European title fight between Kinahan’s fighter, Jamie Kavanagh, and Antonio Joao Bento.

The attack was initially claimed by the Continuity IRA but this was later denied.

Dowdall testified that he heard about the shooting on the radio and a few days later was asked to meet Hutch at a park in the Whitehall district of Dublin.

He said Hutch asked about a photograph which had been published in the Sunday World newspaper which showed one of the gunmen, dressed in a fake Garda Siochana uniform, and another pretending to be a woman.

Witness Claims Hutch ‘Was in a Panic’ After Shooting

Dowdall said: “He was in a panic. He wasn’t like any other time I seen him.”

“He said it was him and Mago Gately who were at the hotel and had shot David Byrne. He was upset and saying how he was not happy about shooting that young lad David Byrne dead,” said Dowdall.

Dowdall added: “He was not himself and he seemed to genuinely know that [expletive] was hitting the fan.”

The witness added: “He said there was going to a be lot of innocent people killed, family and friends. People were knocking on family members’ doors and he needed to get someone to try and sort out everything out.”

Dowdall said Hutch acted strangely in the park: “He had a black cap and brown jacket on. He was paranoid about people watching him. There was a man walking in the park and he stopped and looked at Gerard and Gerard thought he was a cop.”

He said Hutch asked him to try and contact dissident Irish republicans in Northern Ireland in a bid to somehow resolve the feud with the Kinahans but he knew it would be a “waste of time.”

The trial has heard from prosecutor Sean Gillane that Hutch referred to giving “three yokes” to the republicans as a gift and he said the inference was that it was a reference to the three guns used in the Regency shooting.

The court has been told that several republicans were allegedly involved in the feud on Hutch’s side, including former IRA man Kevin “Flat Cap” Murray, who is believed to have been one of Byrne’s killers. He died of motor neurone disease in 2017.

Witness ‘Will Spend His Life Looking Over his Shoulder’

Dowdall is understood to have joined Ireland’s witness protection programme and his lawyer Michael O’Higgins has told the court: “His life and the life of his family is effectively over, he will have to get a new start, and he will spend his life looking over his shoulder. Every conversation with a stranger, he will have to remind himself to be discreet.”

Hutch’s nephew Patrick Hutch, 24, was originally charged with Byrne’s murder but his trial collapsed in 2019 after the senior investigating officer in the case, Detective Superintendent Colm Fox, committed suicide by gun at a Dublin police station.

Kinahan is believed to be living in Dubai, and in April the United Arab Emirates froze his assets after the U.S. Treasury announced sanctions against what it called the Kinahan Organized Crime Group and rewards of $5 million each for information leading to the arrest and conviction of Kinahan and several others.

Kinahan was a friend of British world heavyweight champion Tyson Fury, who publicly thanked him in June 2020 for his efforts to put together a lucrative fight with Anthony Joshua.

Afghan Evacuation Has ‘Long Way to Go,’ Much ‘Could Still Go Wrong’ 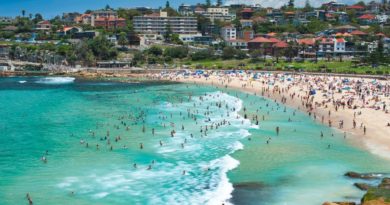