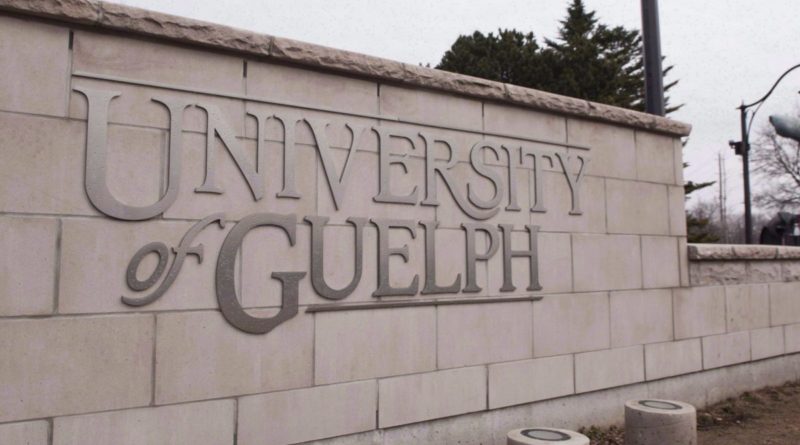 
For more than a year, viral immunologist Byram Bridle has faced backlash—as well as support—from the scientific community at large and from his colleagues at the University of Guelph for expressing his concerns about the COVID-19 vaccine.

Bridle alleged in a lawsuit announced Dec. 22 that some of his colleagues took their disapproval to the level of criminal harassment. That alleged harassment included a social media campaign against him that he said has caused him to fear for his safety.

“He’s still employed by the university, but they’re making it next to impossible for him to go in and do his work,” his lawyer, Rocco Galati, told The Epoch Times. “I take that back—they’ve made it impossible.”

Bridle is suing for $3 million in damages.

The more-than-year-long saga has involved the campus police, Guelph police, a workplace investigator, open letters back and forth, and more. Just in December, the conflict has included a near arrest, rumoured arrest, and now the lawsuit.

On Dec. 14, defendant Professor W. Glen Pyle of the University of Guelph received a notice that he was to be arrested for criminal harassment against Bridle, the statement of claim says.  Charges were ultimately dropped—allegedly at the intervention of a police officer friendly with university staff. The Guelph Police Service told The Epoch Times it could not comment on the matter.

On Dec. 16–17, some defendants allegedly spread a false rumour that Bridle had been arrested and criminally charged.

The Epoch Times reached out to all defendants, including the university, the university’s President Charlotte Yates, and other faculty; Dr. David Fisman, a professor of epidemiology at the Dalla Lana School of Public Health at the University of Toronto; and Nick Duley, a workplace investigator contracted by the university.

A response from the university said, “The University of Guelph cannot comment on a matter before the court.” The Epoch Times did not receive any other replies as of publication.

In the statement of claim, one of the liabilities listed for the defendants is the “newly recognized tort of (online) harassment.”

It cites the Ontario Superior Court in a 2021 case, Caplan v Atas, which outlined the “test for online harassment.” Online harassment is defined, the 2021 case said, by the conditions that: “The defendant maliciously or recklessly engaged in communications and conduct so outrageous in character, duration, and extreme in degree, so as to go beyond all possible bounds of decency and tolerance.

“[And] the defendant intended to cause fear, anxiety, emotional upset or to impugn the dignity of the plaintiff; and the plaintiff suffered such harm.”

The statement of claim gave as an example a Dec. 1 tweet by defendant Scott Weese, a professor at the University of Guelph whose research specialty is bacterial infections in animals and humans.

Weese posted a video interview Bridle did with Voices for Freedom, a non-profit based in New Zealand. The interview is titled “Associate Prof. of Viral Immunology Dr. Byram Bridle: On Blood Transfusions from Vaccinated People.”

Galati told The Epoch Times: “That tweet said he’s killing, he’s killing children by advising them not to vaccinate. Well, that leaves you open to vigilantes coming after you, right? He’s not killing anyone. He’s doing his duty as a scientist. And by the way, Byram Bridle is one of, if not the top, vaccinologists and viral immunologists Canada has.”

In 2020, Bridle received funding from the Ontario and federal governments to develop COVID-19 vaccines. A description of his research on the university website says it is two-pronged. He is developing biotherapies for the treatment of cancer and studying host responses to viruses.

Regarding free speech on social media, Galati said: “you can comment on what you want, as long as you do not intend to injure somebody else. That’s the bottom line. And that injury can take many forms. It could take defamation, interference with your economic interest, on and on.”

The lawsuit also targets a website, Byrambridle.com. While Bridle and Galati do not know who runs it, they know some of the defendants do know, as they have authored posts on the site. The website homepage has a big picture of a duck and introduces Bridle as someone who spreads “COVID-19 misinformation.”

It says: “Dr. Bridle is not a medical doctor. He conducts research on animals.”

Bridle’s lab is in the Ontario Veterinary College at the university. He is not, however, a veterinarian or primarily a specialist in veterinary medicine, Galati said. He conducts clinical trials on animals as a stepping stone toward human trials.

He teaches a few courses on veterinary physiology, Galati said, because he has to understand animal physiology and so do his graduate students if they are to effectively test medical treatments on animals.

The website byrambridle.com says: “I’m a Concerned Scientist. I created this website in response to the alarmist and misleading claims being made by Dr. Bridle about COVID-19 and the COVID-19 vaccines.”

It continues: “If you disagree with the opinions expressed herein, I encourage you to exercise your freedom of speech and create your own website. I also encourage you to register your own name as a domain name. … I do not share my name because of the vitriol of the anti-vaccine community, and their tendency to use Strategic Lawsuits Against Public Participation (SLAPPs) to silence critics.”

The website byrambridle.com and the Twitter account @ByramBridle are intended, the lawsuit said, “to impersonate, harass, injure, and ruin the reputation and economic interests of the Plaintiff.” Bridle does not, himself, use social media.

On July 6, 2021, some of the defendants signed an open letter to Bridle. It said: “The University of Guelph, including us, supports freedom of expression. However, as scientists and academics we also have a responsibility to counter misinformation, particularly when the misinformation causes harm. A high rate of vaccine acceptance is essential for prevention of SARS-CoV-2 disease and deaths, and for a return to normalcy.”

It continued, “Some may even consider the University of Guelph complicit by failing to provide a clear and effective response to this misinformation campaign, which is impacting the reputation of the institution and its faculty.”

It said: “We offer this letter in support of Professor Bridle’s exemplary character and scientific intellect, and, most importantly, his right to express his scientific opinions freely and unfettered. We believe the opinions he has expressed regarding SARS-CoV-2 and the new mRNA/DNA vaccinations have always been underpinned and substantiated by the published literature and deductive reasoning.

“Although his opinions might appear to be contrary to the prevailing narrative, we state emphatically that this is even more reason for him to be permitted to express his thoughts freely and without fear of official censure and abuse.”

In a third letter, on Oct. 6, 2021, Bridle addressed the university’s president for her policy to make vaccination mandatory for all on campus. He said: “I am a vaccine lover and an innovator in this field. I promote highly effective vaccines that have undergone extensive, rigorous, and proper safety testing as the most efficient type of medicines that exist.” He said he disagreed, however, with her decision to mandate this particular vaccine.

The liabilities that Bridle’s lawsuit claims against the defendants include misfeasance in public office and breach of fiduciary duty. He alleges that the university administration is “vicariously liable” for not interceding when staff they are responsible for “harassed” him.

The liabilities also include the tort of intentional interference with economic relations. Bridle said his funding and career have been disrupted.

Another liability is conspiracy. The statement of claim said the defendants, “engaged in the actionable tort of conspiracy in order to discredit and therefore silence the Plaintiff, and damage his reputation and relationships.”

The colleagues whom Bridle accuses of harassment have also accused him of harassment. The university brought in Nick Duley, who works for Northshore HR Consulting Inc. and conducts workplace investigations.

The statement of claim says, “Duley was negligent in how he carried out his investigation, willfully ignored relevant information, and further acted as a co-conspirator along with the other Defendants, to injure the Plaintiff.”

It said “unsolicited emails” sent by Bridle, which were highlighted in the investigation, were “in response to the ‘unsolicited tweets’ posted by the Defendants on social media where he had no presence or participation, and at the direction of [Dean of the Ontario Veterinary College] Jeffrey Wichtel to enter ‘open discussion.’”

Wichtel is also a defendant in the lawsuit.

Galati said he is not sure when the case will be heard by the Ontario Superior Court of Justice. “The courts are clogged. Since the pandemic, they’re getting slower and slower. So it’s hard to say when we go to court.”

He said he hopes some action can be taken immediately so Bridle can get into his office and lab to prepare for teaching his courses in January.