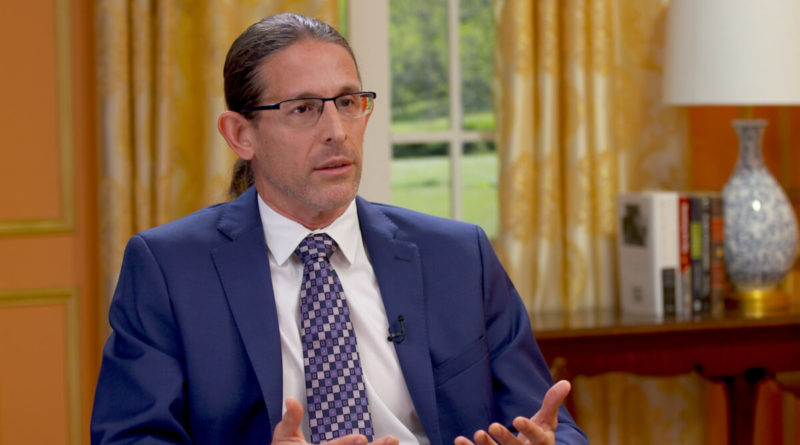 
Retsef Levi, a former Israeli military intelligence officer, an expert in risk management and health systems, and a professor at The Massachusetts Institute of Technology Sloan School of Management, coauthored a paper that found a 25 percent rise in heart attack emergency calls among young Israelis after the country’s rollout of the COVID genetic vaccine.

Levi argues that there is enough data from this and various other studies on the vaccine’s adverse heart effects, to stop its use and run a thorough investigation into why many once-healthy young people suffer or die from heart inflammation after being vaccinated.

“The main question that we need to ask ourselves is, do we have enough evidence from this study and many other studies, to say halt!” Levi said during a recent interview with Epoch TV’s “American Thought Leaders” program. “We’re going to stop these vaccines, for young individuals, but maybe overall, and we’re going to take the time to really look very, very carefully and scrutinize every piece of data and bring together every possible piece of data to understand what is the answer.”

Levi has worked extensively in the areas of analytics and modeling, looking at issues of risk management in the field of healthcare and other related systems. Mainly, analyzing data sets to see what they reveal about quality, safety, risks, etc.

His coauthored paper in Nature looked at Israel’s national emergency calls in the first five months of 2021 and found a 25 percent increase in cardiac arrest and heart attacks in men aged 16-39 as compared to the year before the national vaccine rollout.

The study found, “a temporal correlation between this increase starting in early 2021, and the launch of the vaccination campaign in Israel,” said Levi.

The paper does not conclude a causal relationship between the vaccine and the observed increase in heart problems, but it definitely gives enough evidence to warrant an in-depth investigation said, Levi.

Further, Israel’s health ministry should want to know why there was an increase in heart problems; but instead, they “launched an attack on us, both in the public domain, as well as even actively trying to approach the journal and asked the journal to retract the paper,” said Levi.

There is a lot of data that strongly suggests an increase in myocarditis or death in young people who have been vaccinated. Levi believes that the haste with which the vaccines were produced, approved, and deployed, neglected safety and best practices for rolling out vaccines.

This deviation from basic sound scientific principles has put health officials in Israel and the United States, “in a situation where you essentially cannot admit any wrong anymore because that will imply that you did something very, very disastrous,” said Levi. “We approve it in a very expedited way, and we approve it to everybody regardless of the risk, and that was basically the fundamental mistake that we’ve done. And I think everything else can be explained by that.”

There was strong early evidence, including a 2020 study done by Stanford University researchers John Ioannidis and colleagues concluding that people under 65, with no comorbidities, had very little risk of death from COVID-19 and should have helped target vaccines to the high-risk populations.

Levi believes health agency officials and governments should not have required vaccinations for healthy young people, and by doing so, “put them in a situation when they take an unknown risk that now we know is actually, in some cases pretty substantial, and could really compromise the future of young people and including causing their death.”

Florida Surgeon General Dr. Joseph Ladapo, recently advised Floridians not to vaccinate healthy young people, because he found an 84 percent increase in heart problems among young men. While his study also does not prove a causal relationship, “at the very least, this should just raise your concerns that something really, really disturbing is happening here,” said Levi.

Levi thinks the public should look at a variety of studies when determining the safety of any vaccine or health guidance, and that Ladapo’s findings are in keeping with a large body of evidence that supports his guidance, even though the mainstream is dismissing this evidence.

Levi believes Ladopo was correctly following the mounting evidence of vaccine-related heart problems and deaths, and the principle of “do no harm.” “Ladopo was saying, I don’t feel comfortable to continue to give these vaccines to young individuals, given the evidence that I have,” said Levi.

“I actually think that the regulatory agencies, with the support of some scientists in the media, are essentially representing a very extreme approach and a very dangerous approach, if I may say, because again, they are undermining the fundamentals of proper scientific and medical work,” said Levi. “And I’m very, very concerned about the future of science, the future trust in science and medicine.”

Fear has caused many people to make poor decisions said, Levi. “What I realized is that in many cases, it [fear] shuts down intellect, rationale, ethics, [and] scared people can do very, very bad things to each other.”

This fear caused health officials to abandon reason and prevented them from looking at the whole health of an individual, including the mental, emotional, and physical aspects, especially in the case of young people said, Levi.

Consequently, young people have been deeply affected, with among other things, a loss of education, weight gain, increased anxiety, and depression, much of which could have been prevented had leaders used a holistic and science-based approach to mitigating the threats of the pandemic, Levi said.

We have failed our children, said Levi.

“And to me, that’s not only a scientifical scientific flaw, but this is also an ethical flaw. This is an ethical failure, that as a society, we then [did not] put the young and the children as a top priority. That, to me, that’s what the society is supposed to do.”

Instead, those in democratic societies used the most draconian policies to take away fundamental freedoms and in the scientific realm, people were “essentially imposing censorship mechanisms that I’ve never seen, in my over 16 years as a scientist, I’ve never seen something close to that,” said Levi.

“The Ministry of Health (MOH) in Israel, is actively hiding critical information about side effects of the vaccines from the Israeli public,” said Levi. In addition, the health ministry did not have a functional monitoring system for vaccine adverse effects until recently.

This is a critically important fact because Israel has been at the forefront of requiring their citizens to get vaccinated and boosted, having signed a contract with Pfizer early on in the pandemic, “that essentially made Israel a worldwide lab for the rest of the world,” said Levi.

Israel only started to broadly monitor adverse side effects at the end of 2021, and hired a team to research what they found regarding adverse effects, which is why they leaked a video showing Israel’s health ministry discussing the issue,  said Levi.

The Israeli MOH commissioned researchers to analyze adverse event reports submitted by Israelis. The researchers presented findings from the new surveillance system at an internal June meeting, video footage of which was obtained by an Israeli journalist. This research team’s findings are contrary to the health ministry’s claim that the adverse events, if any, are short-term.

In these videos, the team of researchers is heard advising the Israeli health ministry to use caution when speaking to the public about the vaccines’ adverse health effects.

“It seems that the Ministry of Health in Israel took this to their attention because when you look at the actual report that they post in the public domain, they essentially took out a lot of the messages, a lot of the findings that were found by the research team that they hired. And moreover, they misrepresented the data, and misrepresented the reporting rates of the different side effects and made them look like very, very rare,” said Levi.

The reports that the ministry put up for the Israeli public to see were clearly manipulated said, Levi.

“And essentially, these reports are representing only six months out of a year and a half, and only 15 to 17 percent of the population in Israel, rather than the entire population and all the doses that were given in Israel.”

The Epoch Times reached out to Israel’s MOH for comment but had not receive a reply before publishing time.

“So, now I have a situation when every time they take the vaccine I see the same response, that is called rechallenge,” said Levi. A positive rechallenge was reported in 10 percent of the women who complained of menstrual issues, according to the researchers, who also identified cases of rechallenge for other adverse events.

The phenomenon of rechallenge—when adverse events reoccur or worsen following additional vaccine doses—proved that some of the events were caused by the vaccine, researchers said.

Dr. Sharon Alroy-[Preis], who is the number two healthcare official in the Ministry of Health, when interviewed on Israeli TV said the adverse reactions that women are facing with things like menstrual irregularities were fleeting, and of no great concern.

“In fact, there are women that suffer from weeks and months, and over a year sometimes, of irregular menstrual cycles and different types of irregularities,” said Levi. “And there is no acknowledgment from anybody in the Ministry of Health, there is no acknowledgment that I’m aware of, from any health authority or health agency in the world, [that] hey, there is a problem here.”

“And the worst thing is they ignore the voice of the patient.”

Public health agencies around the world, including the United States and Israel, have not been transparent about the vaccines and the adverse events from the shots, said Levi, to such an extent that it takes a lawsuit to get the data they have collected.

The public should be told, “what is the impact of these vaccines on all-cause mortality and other health outcomes in a way that is informative, so that people can make their risk-benefit decision based on their age, health background,  beliefs, whatever. But this is unheard of that health agencies behave in a way that you need to take them to court to release data,” said Levi.

These agencies need to return to basic principles of transparency and empathy, fundamental to public health, in order to eliminate the mistrust created by the lack of honesty during the pandemic.

Jan Jekielek is a senior editor with The Epoch Times and host of the show, “American Thought Leaders.” Jan’s career has spanned academia, media, and international human rights work. In 2009 he joined The Epoch Times full time and has served in a variety of roles, including as website chief editor. He is the producer of the award-winning Holocaust documentary film “Finding Manny.” 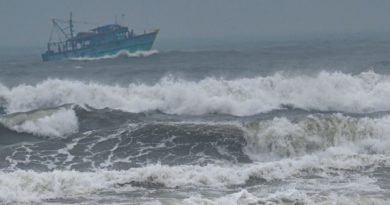