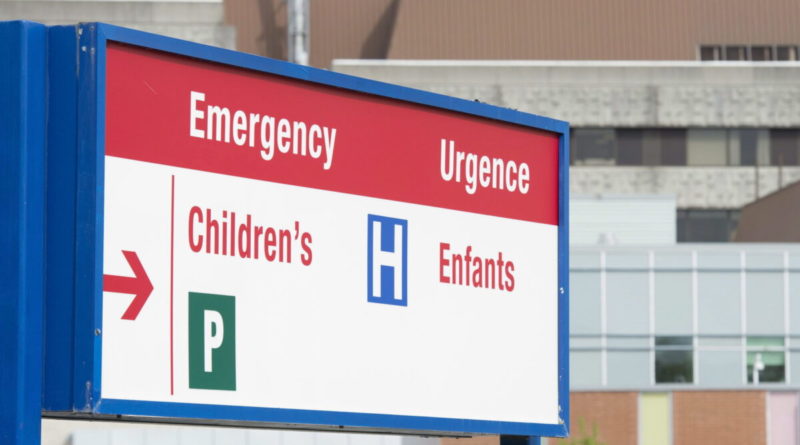 
Health care concerns are at a two-year high in Canada, surpassing jobs, economy, and inflation as the top national issue of concern, a Nanos Research survey says.

The latest weekly survey by the public opinion company, which looks at a four-week change in the top ten national issues of concern, shows 16.1 percent of respondents have selected health care as their number one concern, up a full 3 percentage points compared to the 13.1 percent in the survey released on Nov. 1.

“After trailing issues like jobs/the economy, inflation, and the environment, healthcare has been trending up and hit a two year high,” Nanos Research Chair Nik Nanos said in the survey published on Nov. 29.

The changes in Canadians’ concerns came amid reports of children’s hospitals across Canada being “overwhelmed” by children with respiratory infections, caused by a combination of COVID-19, influenza, and respiratory syncytial virus (RSV)—which have been dubbed as a “tripledemic.”

The Hospital for Sick Children in Toronto has reduced surgeries to preserve beds for intensive care cases, while the hospitals in British Columbia are also preparing to follow suit if necessary, said Health Minister Adrian Dix.

A Crisis ‘Decades in the Making’

Ontario’s Health Minister Sylvia Jones told reporters on Dec. 1 that the threats of triple respiratory infections “has placed extra demand on the health care system across the country,” but noted that the pressures on Canada’s health care system “have been decades in the making.”

Canadians do not blame any individual level of government for the health care crisis, but rather the combination of policy failures, Nanos told CTV News.

“The reality is that provinces deliver health care as part of their constitutional mandate. But the federal government plays a significant role in funding health care,” he said.

“What we know from the polling is that there’s been consistent support for publicly-funded health care across Canada, and consistently over time, it’s kind of like part of our identity.”

“This funding will help register nurses who want to work in critical care upskill in areas like respiratory, palliative, and cardiac care,” Jones said, adding that more funding is also invested in three key programs that hospitals use to bring on more health care workers.

Your Retirement Should Not Be Politicised: Economist