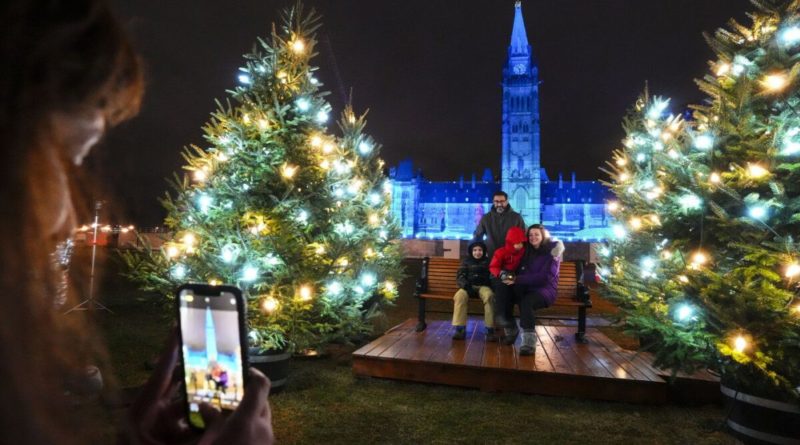 
Parliament has begun a lengthy winter break, but more than a hundred bills are still on the table and ready to be picked up when lawmakers return to Ottawa in late January.

Some are major Liberal priorities. Others are government promises left languishing on the table. And dozens were proposed by individual senators or members of Parliament, some of which are inching closer to becoming law despite the usual uphill battle to grab the legislature’s attention.

All told, the House of Commons is still considering 54 proposed laws, 21 of which were brought forward by federal ministers. The Senate has 48 in hand, five of them government bills.

Here’s a handful of the bills worth watching out for in 2023.

Bill C-11, the Online Streaming Act: The bill would change broadcasting rules to reflect the advent of big streaming platforms such as YouTube, TikTok and Spotify. Six months after MPs passed the bill, senators have introduced key amendments, including to remove ambiguity around whether user-generated content can be regulated. They’re expected to send it back to the House soon after the holiday break. The resulting back-and-forth could theoretically go on forever, but senators typically abide by the House’s decision on whether to approve any changes.

Bill C-13, amending the Official Languages Act: Introduced in March, the bill would update language laws and bolster the government’s obligations to protect and promote French. It’s undergoing a pre-study in the Senate and is making its way through a House committee.

Bill C-18, the Online News Act: This legislation would create a framework requiring tech giants such as Google and Meta to negotiate deals to compensate Canadian media outlets when they share news content on their platforms. The House passed it just before the holiday break—prompting ire from Meta, which said it would consider removing Canadian news content from its Facebook platform altogether if the bill continues to make progress—and sent it to the Senate.

Bill C-21, on firearms: This is the bill that would increase maximum penalties for certain firearm offences, enshrine a ban on handguns into law and create a definition of “assault-style” firearms considered illegal in Canada. That definition, introduced during a committee study in the House this fall, has proven controversial enough that more study is likely and more changes may yet be made.

Bill C-22, on the Canada Disability Benefit: Introduced last June, this would create a new disability benefit. It’s getting close to clearing the House after a committee passed it earlier this month with several amendments, including some that strengthen requirements that people with disabilities participate in developing and designing the regulations.

Bill C-27, the Digital Charter Implementation Act: The legislation overhauling Canada’s privacy laws and creating new rules around artificial intelligence and data was introduced in June, but is still being debated at second reading in the House.

Bill C-35, which commits the government to long-term funding to provinces and indigenous Peoples for early learning and child care: The Liberals introduced it earlier this month and have touted child care as a priority.

Bill S-2, which amends the Parliament of Canada Act: The stalled bill would change how the Senate functions to reflect that it’s no longer a place with two main partisan groups representing the government and Opposition. It would allow up to three additional parliamentary groups or recognized parties to appoint special leadership roles, which come with extra salaries, and give them greater say over the Senate’s administration. It passed swiftly in the Senate at the end of 2021 but has not been introduced in the House.

Bill S-5, amending the Canadian Environmental Protection Act: The bill would recognize “that every individual in Canada has a right to a healthy environment” and sets out a new framework on managing environmental risks. It already passed in the Senate and is inching closer to passage in the House, where it’s being considered by the environment committee.

Bills introduced by MPs and senators

Bill C-215, which would increase the maximum number of weeks that people can be paid benefits under employment insurance due to “illness, injury or quarantine”: Conservative MP Jacques Gourde introduced the bill last December and it is awaiting a final vote in the House. The government announced in November that sick benefits under EI were being extended to a maximum of 26 weeks, but Gourde’s bill would make it 52 weeks, or a full year.

Bill C-226, which would require the environment minister to develop a national strategy on environmental racism: Green MP Elizabeth May introduced the bill in February, months before being elected to lead the party again on a joint ticket with Jonathan Pedneault. A Commons committee passed it in November.

Bill C-233, on violence against intimate partners: The bill would require judges, before making a release order, to consider whether a person who is accused of violence against their intimate partner should wear an electronic monitoring device. Introduced by Liberal MP Anju Dhillon, it passed in the House of Commons in June and is now being considered by a Senate committee.

Bill C-248, which would create the Ojibway National Urban Park of Canada: Windsor New Democrat MP Brian Masse’s bill respecting a park in his city was also approved without amendment by a House committee in November.

Bill C-291, which changes the Criminal Code to replace the term “child pornography” with “child sexual abuse and exploitation material”: Conservative MP Mel Arnold introduced the bill in June and it is already awaiting a final vote in the House of Commons.

Bill S-210, which would make it illegal for organizations to make sexually explicit material available to young persons online: Penalties for convictions under the act would range up to $500,000 and the government would be empowered to apply for a court order requiring internet service providers to prevent access to the material. Sen. Julie Miville-Dechêne’s bill is awaiting a final vote in the Senate before being sent to the House.

Bill S-211, which imposes an obligation on government institutions and private-sector entities to report on measures taken to reduce the risk that forced or child labour was used by them or in their supply chains: Miville-Dechêne’s bill passed in the Senate in April and a House committee passed it without changes at the end of November, meaning that it is now two votes away from becoming law.